Quality Versus Cost in FPV 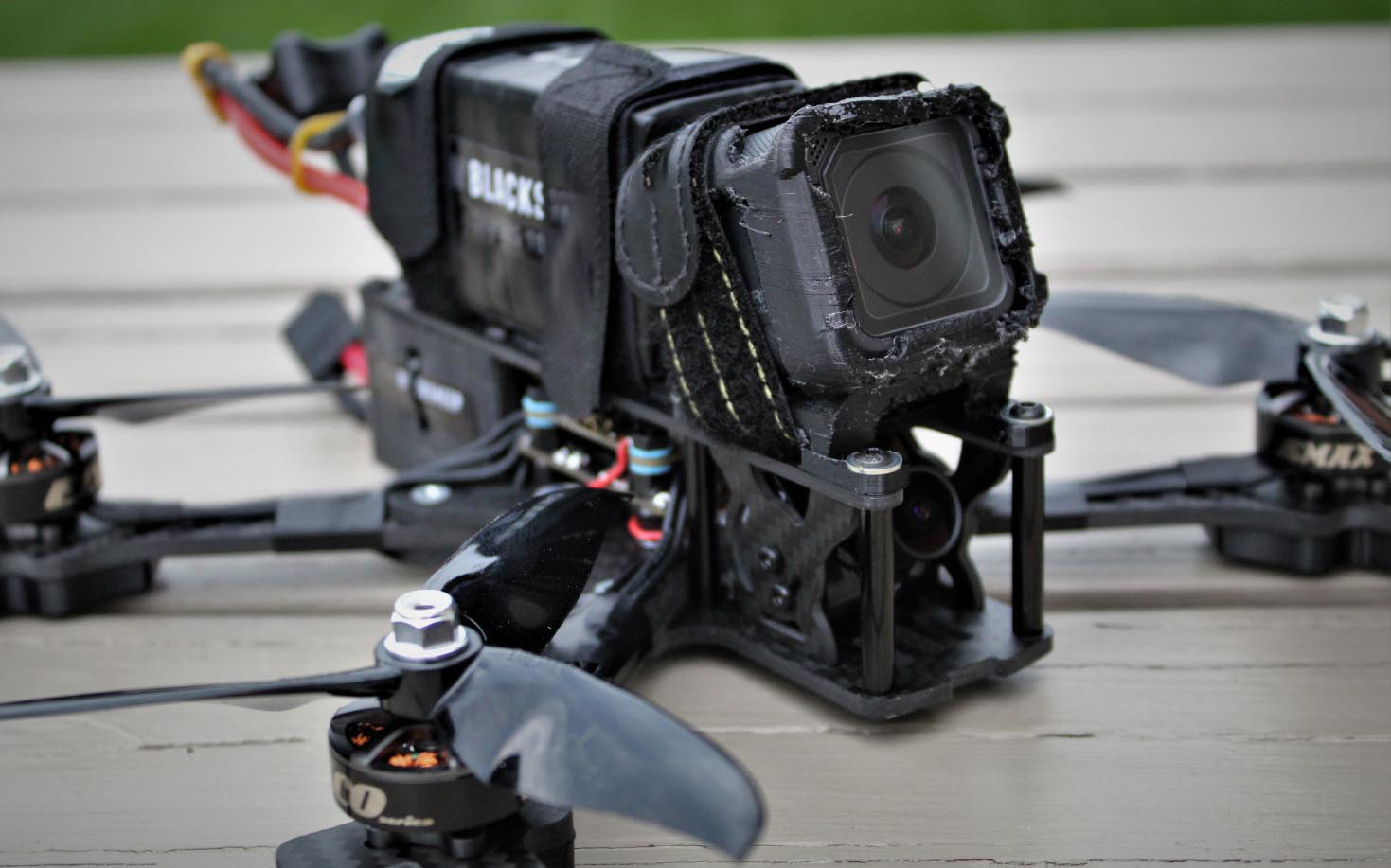 Miniquads aren’t a cheap hobby, but you don’t need top of the line gear to have fun. In this guide I’ll be explaining where you should and shouldn’t spend a little extra, and the best value items.

This article was submitted through the GetFPV Community Program by JasonFPV.  You can check out more of his content at his YouTube.

Everything in FPV has an expensive option and a cheap option, and the most expensive option usually isn’t the best. The most important thing to do before buying anything is research, which usually consists of at least watching a couple reviews on YouTube. I have noticed that lower quality companies release lots of cheap items to counter companies with more expensive high quality equipment, and eventually that cheaper company will release a reliable item at a low price point. Our mission is to find those items that are powerful and reliable at a low price, or what I consider high value products.

Goggles are a staple part of FPV, and one of the most expensive items you can buy. Fat Shark has been the most prominent brand since the beginning, but some of their goggles can cost hundreds of dollars and require extra equipment, such as video receiver modules. Several other companies have made cheaper goggles to counter Fat Shark, although many of them are poorly made. I suggest the Fat Shark Recon V3 for low budgets, and the Skyzone Sky02C for higher budgets. Remember that this is an item you won’t crash, so buying an expensive one will last a long time, and you may decide to upgrade from a cheaper one quickly. 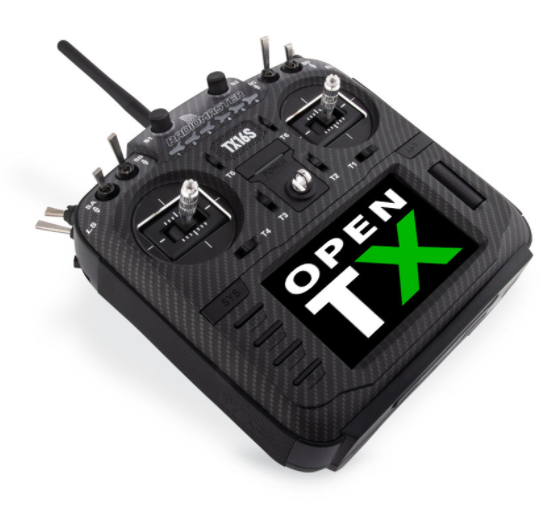 Your transmitter (controller, TX, radio) is one of the most important pieces of hardware you’ll use, and I’m happy to say that there is a definite best. The TX16s is an exceptionally good value product, boasting a color touch screen, OpenTX software, hall gimbals, a JR port (for external transmitters such as crossfire, etc.), USB-C recharging, 18650 batteries, and a multiprotocol internal transmitter module. If you want to know more about it, Oscar Liang has a review.

While the TX16s has a near-perfect feature set, many newcomers would still rather get something cheaper and upgrade later. One of the most commonly bought low-end transmitters is the Flysky FS-i6. Don’t give in to the low price—it will cause you problems later. While it works acceptably for RC airplanes, nothing about it is reliable or precise enough to fly a miniquad well, and you’ll upgrade it very quickly, making it a waste. The best ultra low-budget controller is the BetaFPV LiteRadio 2, for $40. It’s become very popular for pilots starting with a Tiny Whoop because of its inclusion in the BetaFPV whoop bundles. While it is great for whoops, it will make it harder to fly larger quads. Like goggles, you won’t crash your transmitter, so there’s little reason to “upgrade later.”

There are also several other options for transmitters from companies like FrSky (I’ve been using a QX7 for years), but I would suggest spending the extra $50 for the TX16s for the added features. Additionally, if you’re going to be using the default FrSky radio protocols, (standard for the TX16S and LiteRadio) The FrSky XM+ and RXSR receivers are great value. 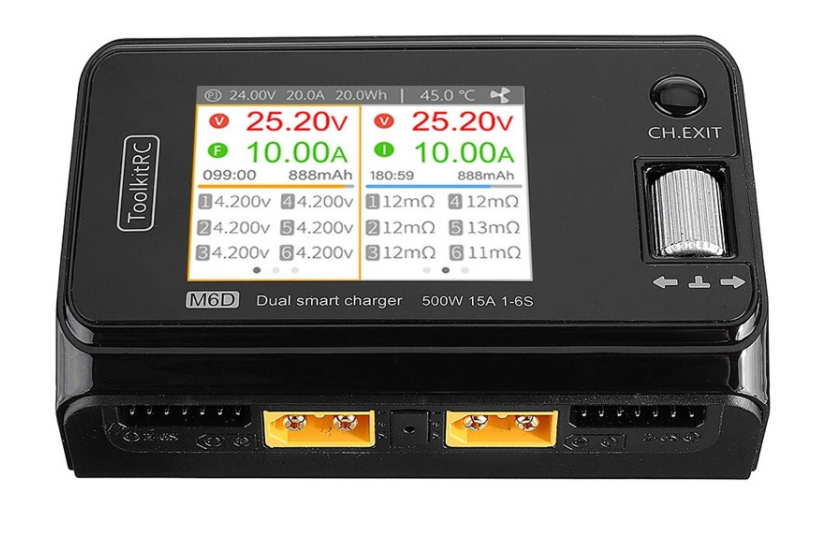 LiPo Battery chargers need to be the most reliable piece of equipment you use because if they go bad, they can overcharge a battery causing it to catch fire. Stay away from cheap “B6 clones” as their voltage sensors aren’t nearly as precise as they should be.

The two brands of chargers I recommend are iSDT and ToolkitRC. ISDT makes exceptionally good quality chargers, although the specs are lower and prices higher than the ToolkitRC chargers. ToolkitRC chargers also usually include extra options such as the ability to regulate a constant output voltage and measure or output pwm and serial signals to test servos, receivers, and flight controllers. I currently have two ToolkitRC chargers that work great.

However, you must remember that most of these higher end chargers also require a DC input, meaning you need an external DC power supply. If you’re only charging single batteries at a time, a laptop power brick with an XT60 connector on the end will work, and I’ve used them in the past. Otherwise, you can buy an external power supply (PSU). 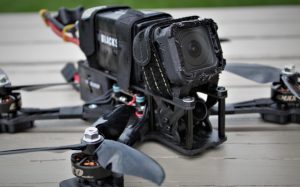 Because 5” miniquads are the most common size, this section will be based around them. Before we start, it may be helpful to use rotorbuilds.com to organize and share your parts list. Also remember that all of these are individual parts, so you’ll have to build your drone from scratch if you follow this as a guide.

The two most important electronic parts on a quad are the FC and ESC, and they need to be exceptionally reliable. Some of the best value FCs and ESCs are combos or stacks, where an FC and 4in1 ESC are stacked on top of each other.

My personal favorite is the Mamba Power Tower V2, for around $44. I ran the first version of this stack in my 5” for over a year with no issues. Considering a high end ESC can cost as much as this entire stack, it’s a great deal.

Also remember that amp rating and flight controller features aren’t everything. Certain brands are more reliable than others, and you need to be careful when ordering from budget-level companies.

Brushless motors are a lot simpler to make than circuit boards, so rather than sacrificing design quality, going cheaper usually sacrifices build and material quality. What that translates to is that cheaper motors may perform just as well as high end motors, but won’t be as durable. Obviously you want a durable motor, but some crashes will annihilate any motor, so you also don’t want to be paying $25 every other time you have a hard crash. Two of the highest value motors right now are the Emax Eco II and the Xing-E.

Most people don’t realize this, but there’s actually different types of carbon fiber. Higher end frame manufacturers use better carbon fiber, and the result is a much more expensive frame. Getting a high end frame isn’t a bad idea, but you still have to remember the cost of each arm every time you break one. Instead of going for high quality carbon fiber, I prefer looking for a good design. There are tons of miniquad frames out there, so you aren’t limited to the ones I list.

My preferred frame is the TBS Source One. The S1 is open source, meaning all the design files are available online for free, and you can have a third party cut the frame for you or buy it off their website. This led to a great improvement over the versions of the frame and there are tons of 3D printable accessories for it available. IFlight also makes a long list of high-value frames.

Your video transmitter needs to be one of the most reliable parts on your entire quad, if it stops working properly you won’t be able to see and it’s an almost guaranteed crash. Quality makes an enormous difference in both reliability and performance of VTXs, so I highly recommend not cheaping out in this area. Rush VTXs such as the Rush Tank II are some of the highest value ones out there, as well as PandaRC VTXs.

To make selecting some items easier and faster, here are my top suggestions:

Should You Build or Buy Your Racing or Freestyle Drone?
October 30, 2020