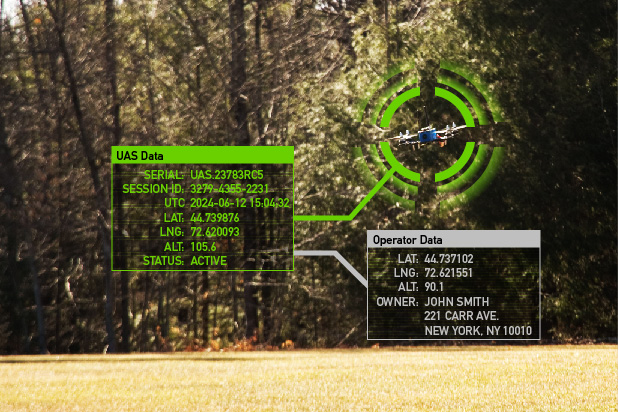 Some of the biggest news to hit model aircraft enthusiasts is Remote ID. The FAA recently published this rule in the Federal Register, starting the clock for it to go into full effect within the next two and a half years. This rule adds a requirement for many aircraft to broadcast their location and other data while in flight.

In 2019, the FAA released a proposed version of the rule. That version would have made it impossible to fly the way that we do now, so many modelers are leery of the new one as well. You can read about the proposal here on GetFPV. The final published rule is much better than the earlier proposal and allows most types of flying to continue. Should we be celebrating? There are mixed opinions.

The opinions in this article are those of the author and do not reflect the views of GetFPV.

There were quite a few sections in the 2019 proposal that were very problematic for FPV and recreational flight. Most of the worst parts are no longer present in the final rule. For example:

The panic over the proposed rule can subside. While the rule isn’t everything recreational pilots wanted, it does give us a path to comply with the aircraft we have and continue to fly in most of the same places we did before. But it’s not entirely without issue.

The final rule does allow much of what we did previously, but in some ways use of the airspace is still being restricted further and there are some important details missing from the rule.

Compliance with the rule relies on technology that does not exist yet. It’s impossible to know the added costs and weight of the Remote ID equipment right now. All signs point to a relatively small, low-cost module, but we don’t know for sure until they exist.

FRIAs will be for permanent physical locations, but not for one-off events or for groups that move from place to place. Drone races will certainly be affected as they often take place in usually off-limits areas such as sports stadiums. The FAA has stated that exceptions will be made for events, but it’s not clear what the process for this will be or who will be eligible for these exceptions.

Registration is always required for commercial flight, regardless of the weight of the aircraft. This could be an issue for commercial pilots trying to use low-weight craft such as the “cinewhoop” class of drones or “HD” whoops. The weight of Remote ID equipment will affect these low-weight craft much more. At best, flight times will be reduced; at worst, some craft will not be able to carry the weight at all.

The rule states that in most cases a pilot must be “able to see” the drone while flying. There’s uncertainty as to what this means. The FPVFC is confident that the FAA does not intend to outlaw FPV with this rule. But others believe the letter of the rule as written speaks otherwise. There hasn’t been official confirmation either way.

There are groups laying out a case to challenge the Remote ID rule in court. Since the rule fixes many problems in the proposal and largely allows flight, what could cause someone to so strongly oppose it? There are several cases being made against the rule, but here are two of the most prominent.

Broadcasting a pilot’s location poses a security risk for the pilot. Anyone with a common device can pick up and read the broadcast messages. Pilots are exposed during the flight to anyone that looks at the system.

If data is broadcast, it is collectable. Systems will certainly be developed to read, record, and archive data from drone flights wherever possible. Data like this is often collected into databases and used by government officials, law enforcement, or sold to private corporations for marketing or other purposes. Users will have no control over who collects and archives this data or for how long.

The FAA’s jurisdiction currently covers every inch of airspace right down to the surface. This rule prevents flying unmanned aircraft even a few feet above the ground on private property, far from airports or near buildings where manned aircraft cannot reasonably go. Those who oppose the rule also point out that no risk assessment exists to substantiate claims that the rule promotes safety.

Registration and identification systems exist for other domains, but a car’s license plate doesn’t provide a direct lookup for its owner’s current location. Those who oppose the rule also point out the discrepancy in regulation of manned aircraft, weather balloons, model rockets, and others which are often much more lenient.

Finally, many of the stated reasons for the rule are already covered by existing regulation. Anyone violating someone’s privacy, being a nuisance, or causing damage to property can already be held responsible under other laws. Those who would do something truly nefarious aren’t likely to comply with the Remote ID rule.

The Reality of Remote ID

With much of the rule not yet in effect, the legal challenges underway, and several unknowns about implementation, the book has not yet closed on the effect that Remote ID will have. Regulations may still change. The truth is that we don’t know exactly how things will play out over the next few years.

One anonymous inside source stated that the FAA didn’t want many of the provisions in the rule, and officials were forced to act by other departments such as the DHS. If that’s true, the recent change in administration could see revisions made that are more favorably to the hobby. However, this information is best treated as an unsubstantiated rumor.

Regardless of legal challenges, administration changes, or other factors—we can only expect positive change if we actively try to make it. The best way to do that now is to support the groups that have a voice with the FAA in one way or another. You can become a member of the FPVFC, or get involved in the challenge being made by other groups. One very simple thing that you can do is use the FPVFC code at checkout on GetFPV. GetFPV will donate 1% of your order to the FPVFC, supporting one of the best-connected groups on our side.