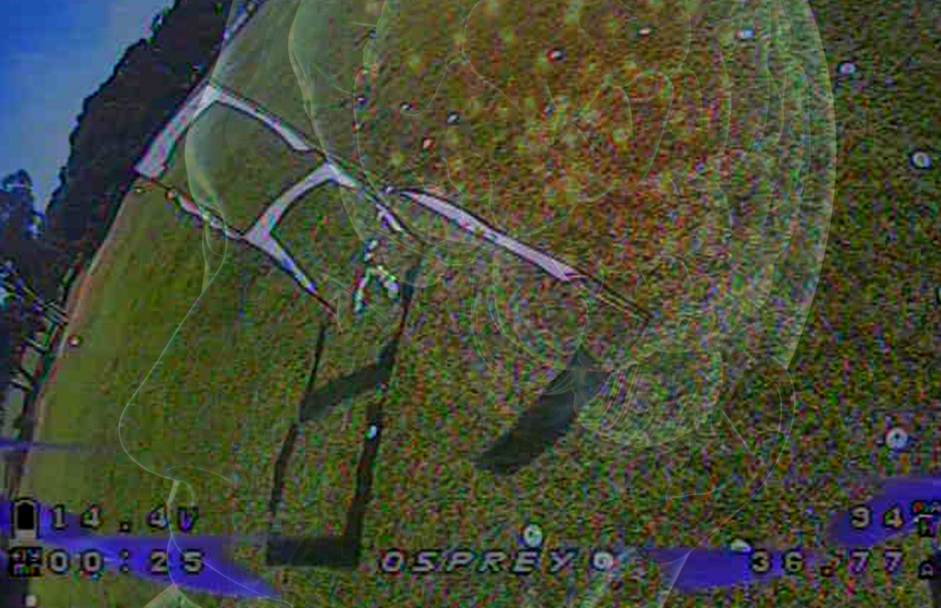 Unfortunately, recent circumstances prevented me from plucking a pack from the charger and taking to the skies. I instead devoted much of my time towards development of a robot for an international competition, but that’s another story. Whilst the robot development was an intriguing challenge, the time away from flying meant that my FPV skill began to deteriorate. Back down the FPV learning curve I went. Please read my article on the FPV skill learning curve if you are unfamiliar with the concept. In this article, I will discuss the FPV skill learning curve and how my FPV skill deterioration affected my flying. I will also provide some handy tips to reduce FPV skill deterioration when circumstances prevent you from flying.

What it Did Affect

When flying my drone again ‘for the first time’, I realised how unfamiliar I had become with the craft and its performance. I had lost the intuition of flying FPV. Not entirely but it certainly wasn’t what it was before the break. Usually the more skilled the pilot initially was, the smaller the skill drop will be.

The rates were the first aspect I noticed as a result of skill deterioration. When you have been flying a certain setup for a long period of time, you know exactly how the craft will respond to a stick input. FPV skill deterioration meant that this stick ‘muscle memory’ was severely reduced. There was no issue flying the drone however the lack of control familiarity resulted in stick movement over and under compensation. E.g. Finishing a roll at a 30 degree craft angle compared to finishing flat.

FPV skill deterioration was also apparent in sharp corners where they must be executed perfectly to avoid overshooting the turn. As I had forgotten the thrust and flying weight of the drone, it was initially quite difficult to corner sharply as I had forgotten the correct amount of throttle to apply in order to counteract the momentum of the drone. Another result was a slight reduction in my ability to control altitude and to correctly pull out of a dive without applying too much or little throttle. To recover from this, I set up a short track to follow with varying turn types and spent several packs flying it, in both directions. Practice is essential to recover from FPV skill deterioration.

If I attended a race event, the impact of skill deterioration would translate to slower lap times. I would lose time through sloppier racing lines, cornering and altitude adjustments. General lack of practice would also result in impacting more obstacles and finishing less races. Due to the closeness of high-level racing, FPV skill deterioration can be quite apparent whereas in lower racing classes, it is harder to pick due to the larger FPV skill gaps.

What it Didn’t Affect

When I initially got back into the air, certain skill aspects had not been affected. These included control memory, reaction time, and enjoyment of the hobby.

Although unfamiliar with the extent of which to use the controls, I was perfectly familiar with the general way the drone would react with a certain input. When forced to recover from being knocked off course, I still instinctively knew how to stabilise the drone, although the corrections made were over/under compensated.

My reaction time had also not changed. When faced with a corner or obstacle, I was could react to it just as fast as I had before (although in a less precise manner). Although skill deterioration had not reduced my reaction times, it had made me forget the correct delay before an obstacle to react in order to stay on the optimal racing line. As a result of this, I found myself turning into corners both too early and too late. This sense of reaction delay took the longest to ‘get up to scratch on’ compared to other aspects of my skill.

Enjoyment of the Hobby

In my time away from the hobby, I had forgotten how much I enjoyed it. When you don’t get to fly FPV for a few months, it can be pretty easy to forget the experience and thrill of FPV. With the enjoyment also came several months of firmware updates however they made the drone fly better than how I had previously remembered.

How Long Does It Take to Recover from FPV Skill Deterioration?

The amount of recovery time to bring your FPV skill up to scratch changes depending on a few factors. These include, your previous level of FPV skill (prior to taking the break), the duration of the break and your ability to quickly learn and adapt. For me, it had been nearly three months of FPV skill deterioration where my previous level of skill was amongst the top pilots on the Australian national level.

To regain my FPV skill to a decent standard, it took about 30 minutes of flight time over 6 packs. Personally, the biggest challenge was relearning ‘spin manoeuvres’ which is my name for cornering fast and tightly. These manoeuvres include hairpin turns, power loop gates and chicanes. Executing these properly requires the pilot to be at an FPV skill level where they are very familiar with their craft and can perfectly coordinate their stick movements. With half an hour of practice, I could regain a decent amount of my FPV skill however it was still apparent that my FPV skill was not on as high of a level as before. It took a few additional practice sessions before I felt on par and like I was beginning to improve again rather than regaining old turf.

How to Minimise FPV Skill Deterioration

Track visualisation is one of my favourite methods to reduce FPV skill deterioration. I discuss it in more depth in my article on FPV drone psychology. Studies have shown that visualisation of achieving success in your sporting discipline can be up to 70% as effective as a physical practice session. By visualising your drone flying, your brain retains more of its memory of flight characteristics and handling. This will be even more effective if you try to imagine the drone flying as realistically as possible.

The best way to prevent FPV skill deterioration is to keep flying! Often, time restrictions prevent me from attending dedicated monthly race events or flying days. As an alternative measure, I often try to schedule short flight sessions once a week or fortnight. These sessions usually involve only one to two batteries however for me, it is enough to keep my skills moderately sharp. Whilst the short flying sessions help to reduce FPV skill deterioration, they will not be very effective at helping you progress up the FPV skill learning curve. The only way to progress quickly is regular practice sessions with a decent amount of flight time along with structured practice tracks, tricks or drills.

Simulators are also a great way of reducing FPV skill deterioration. Their effectiveness sits between actual practice and flight visualisation. Any simulator is effective however the effectiveness obviously increases with the realism of the simulator and the similarly between it and your actual drone. This was the main practice method that I took advantage of during my FPV break. I would say that it was moderately effective but not highly. This was due to using a mobile app with touch screen controls (FPV Free-rider) rather than a computer game with a proper controller.