TBS Unify Pro Nano: A Good VTx… on a Budget? 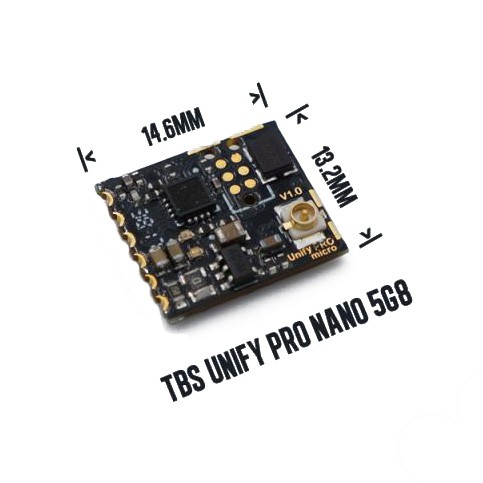 One of the essential parts of your FPV drone is the video transmitter, VTx, for short. It is the device that transmits the image from your camera to your goggles to let you know where you are going. A bad VTx will have a very short range and lots of static in your video, making it hard to fly, while a good VTx will give you clear video and little to no static, allowing you to see where you are going whether you are racing or freestyling. The TBS Unify Pro Nano is a tiny VTx with many of the same features as their bigger brother. From a reputable brand and for only $20, can this VTx outperform the larger, more expensive ones? 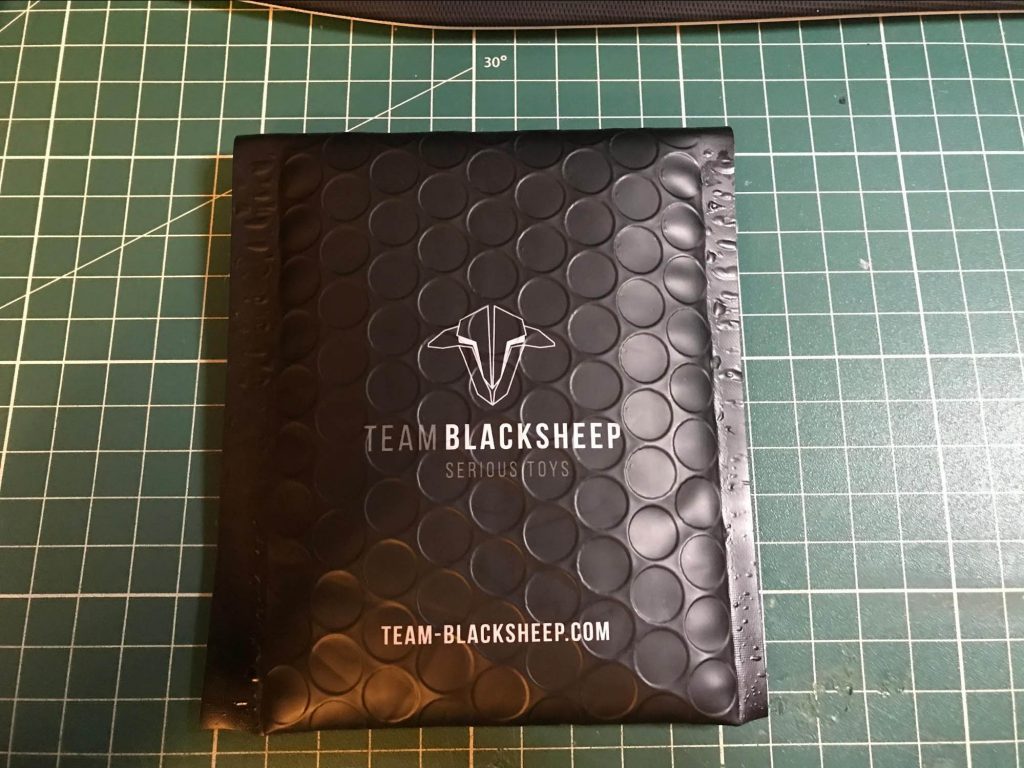 When I saw this VTx online, I was skeptical this would work for the 5-inch racing quads that I fly. Especially with the range and the output power considering how small and inexpensive the VTx was. The TBS Pro Nano was only $20 and way smaller than TBS unify pro race and other larger video transmitters that I usually fly with. I knew people used this for smaller 3-inch quads and toothpicks, but the specs were close to those of the larger video transmitters. I decided to give this video transmitter a go and see if they could replace larger VTxs because if they could, I could save some weight and cost.

When I got the VTx, the packaging was top-notch, giving me a great first impression. Upon first inspection, the VTx was smaller than I thought. The solder pads were tiny, so it was going to be challenging to solder to. Furthermore, the button was not soldered on the board. It was included in the package, and I had to solder the button on myself. However, the VTx has smart audio capabilities, so I probably did not need the button. Finally, the VTx came with a whip antenna, so I had to source my own SMA pigtail or use a u.FL antenna instead.

There were many pros and cons to installing this VTx. The biggest pros were the size. Since the VTx was so small, I could squeeze it almost anywhere in my builds. My racing builds could almost not fit the TBS unify pro and larger VTxs, but with the nano, I freed up extra space for other accessories such as a pit switch. Another thing I liked about the VTx was that it came with good quality wires and some heat shrink. The wires were silicone, which made them easy to solder. The heat shrink was not as good (you can not put too much heat on it), but it did its job.

On the other hand, there were some things I disliked about installing this VTx. The biggest con was the solder pads. The solder pads were tiny and on the side of the VTx, which made it even harder to solder to. I had to prop it up against something in order to solder it. However, this could be because of its small size, which made it hard to find a place to place the solder pads. Another con about this VTx is that it did not come with a u.FL to SMA connector. I use SMA connectors to change the polarity of my antennas for races, and the need to source my own connector is a pain. I would have liked it if they had included this, even if it costs a bit more. This will not affect people who use whip antennas or u.FL antennas. 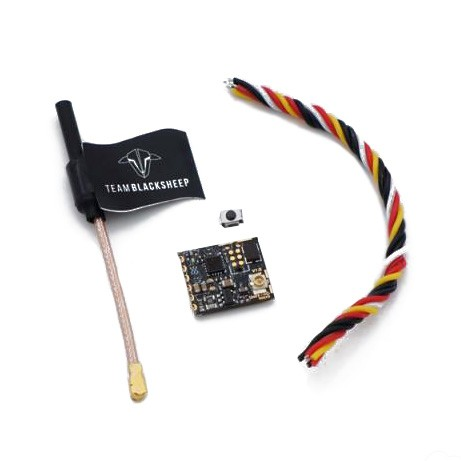 One of the biggest pains of this VTx is unlocking the channels. TBS has a policy where you need to unlock the VTx to access all the channels due to FCC regulations. The VTx includes a button for you to solder on and unlock/change channels of the VTx. However, the button is very tiny and almost impossible to solder on. For racing, this doesn’t matter since you can access all channels without unlocking. Still, for other uses, you can follow Justin Skinner’s video or try to solder the button on, which is extremely difficult.

For changing channels, if you cannot get the button on the VTx, just use smart audio, which is as easy as connecting a wire from the smart audio pad on the VTx to a UART on your flight controller and changing the settings the “ports” tab in Betaflight. Here is a more in-depth tutorial by Joshua Bardwell. 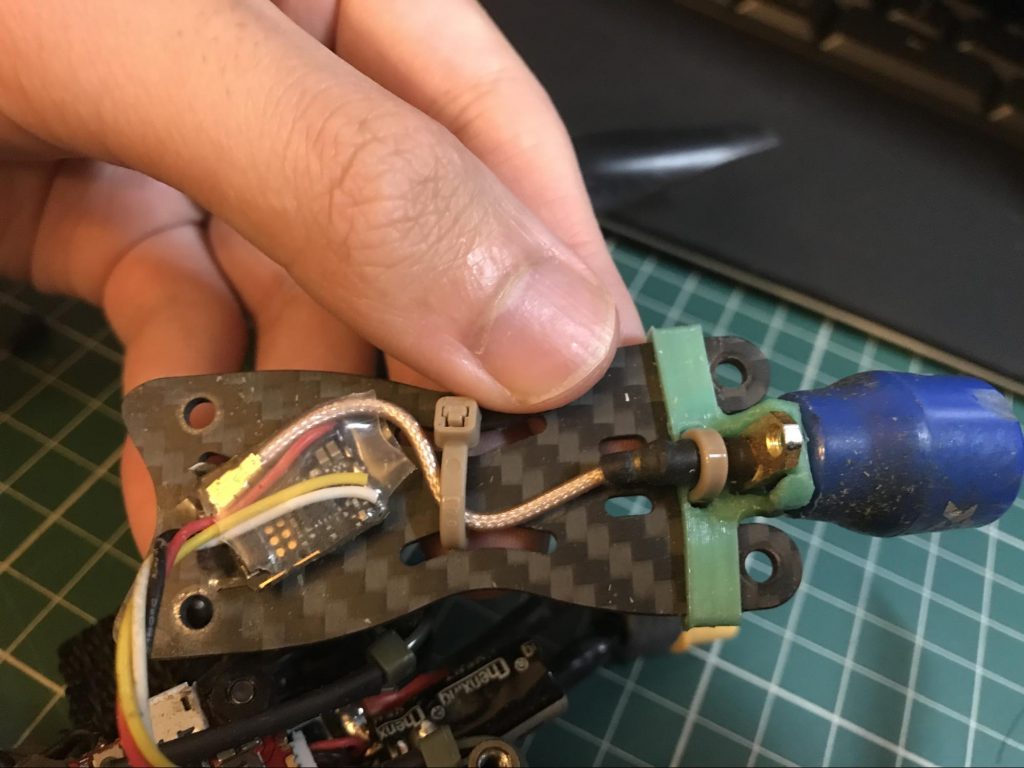 Using the VTx for RACING

I have been using this VTx for a few months paired with the Xilo AXII antenna, and it has been working really well. This VTx has more than enough range for racing. Changing channels is also very easy through Betaflight OSD and smart audio. The picture is very clear, and there is no interference from other quads, and my quad does not interfere with others’ video signal. I have also yet to break one of these video transmitters!

In my opinion, the TBS unify pro nano is worth the hardships of installing it for the size, weight, and price, especially for racing. You can check out a video of me using the TBS Unify Pro Nano in a race.

Using the VTx for FREESTYLE

The TBS unify pro nano is probably not worth it if you are just freestyling. The maximum output power of the VTx is only 50mw, which is not a lot and will not give you enough range if you are freestyling at a large location or at a location where there is a lot of RF interference. For freestyle, the hardships of soldering the button on the VTx is probably not worth it since the size is not that big of a factor in freestyle. You are probably better off with a larger VTx, such as the TBS Unify Pro HV or Rush Tank. However, there is a TBS Unify Pro32 nano, which goes up to 500mw, more expensive, and is the same size as this VTx.

If you are only going to do freestyle and not going to race, the DJI FPV system may be better than analog due to the high definition video. 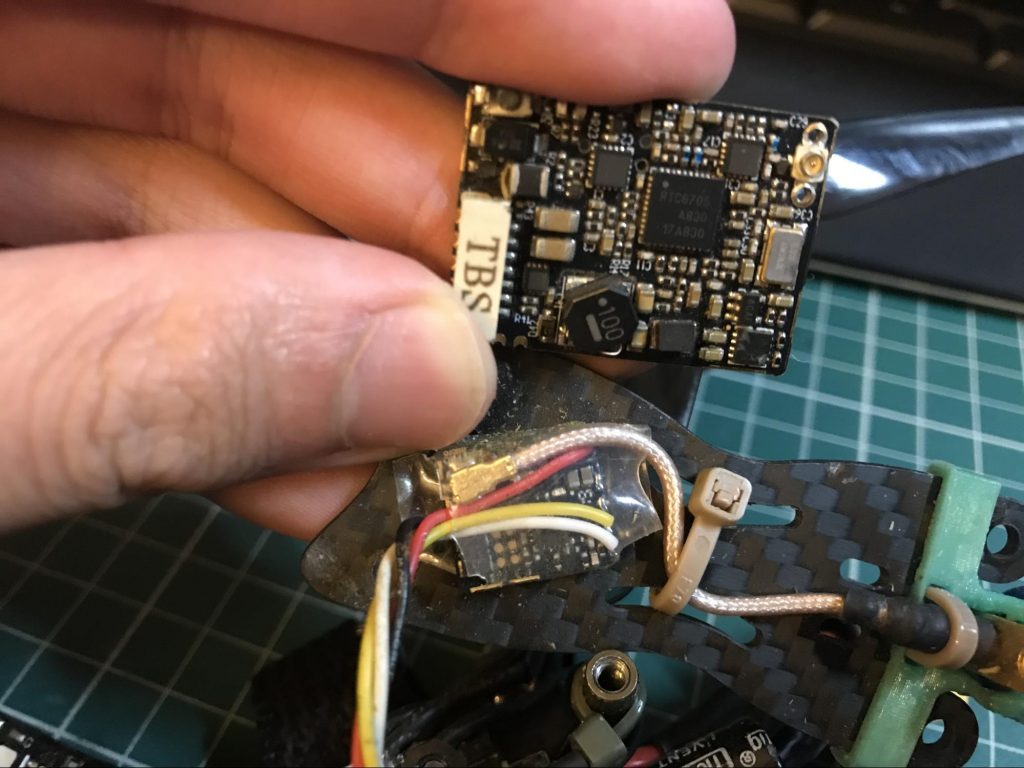 Pros and Cons of the TBS Unify Pro Nano

Overall the TBS Unify Pro Nano is a decent video transmitter for 5-inch quads. I would recommend this VTx for experienced builders only due to the size of the solder pads. I would also only recommend this VTx for racers because of its small size, and you do not need to unlock the VTx. For freestylers, this VTx is probably not your best choice due to the maximum output power and the hassles you have to go through to unlock the VTx. However, if you are just after a cheap VTx that will get the job done, and you do not care so much about the range, this VTx will be a good buy!