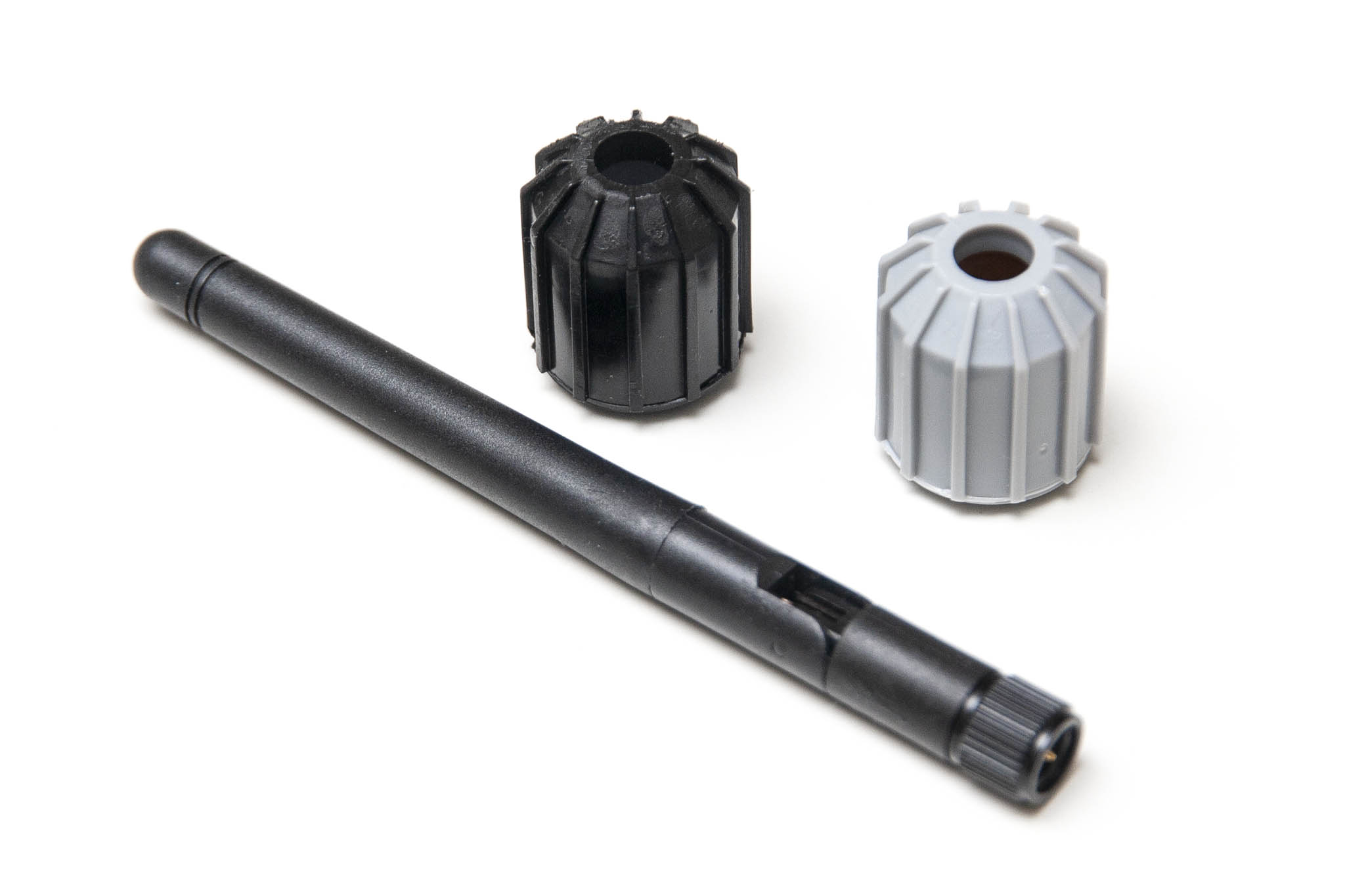 The VAS Switchblade is an inexpensive kit that provides one 5.8GHz antenna which can be used in all three useful polarizations (RHCP, LHCP, and linear).

The best kind of antenna to receive a signal will have the same polarization as the one used to transmit it. If you use mismatched polarization on the transmitter and receiver, there’s a loss in signal strength when it’s received. In an ideal environment, a linear and a circular polarization mismatch will lose about half the signal (3db). Mismatching right-hand to left-hand circular polarization will result in a complete signal loss. (In practice the losses are usually not as steep, because ideally polarized signals, antennas, and environments are rare.)

When a circularly polarized signal bounces off a surface, its polarization inverts (left becomes right, right becomes left). This provides a very helpful benefit. Because an oppositely polarized signal isn’t picked up by an antenna, the bounced signal becomes invisible. The stronger, direct signal does not pick up interference from these bounced signals. Another term for this is multipath rejection. Opposite polarization can also be used to help prevent interference from signals on two different transmitters.

Typically, an antenna must be designed and built to produce each kind of polarization, but the VAS Switchblade can be easily changed from linear to circular at any time.

Want to learn more about antennas and radio frequencies? Take a look at our antenna primer or consider getting your amateur radio license. 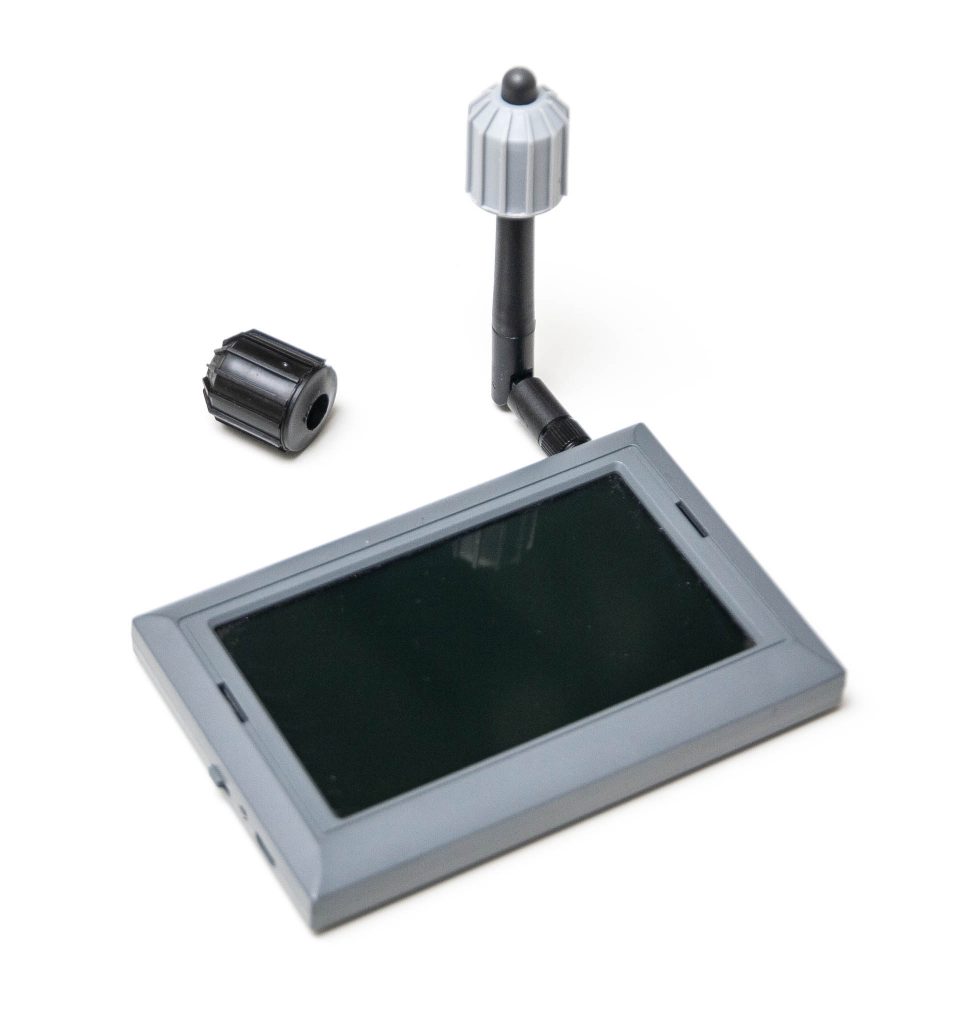 How Does the Switchblade Work?

On a technical level, the caps are designed to resonate when excited by an RF signal. This distort the signal to add or remove the second direction of oscillation, therefore polarizing it. The cap must be placed over the active element of the antenna in order to work properly. While the included linear antenna does not look special, it’s unclear whether the caps will work with other linear antennas or if they are closely matched to the one in the package. It may depend on their design as not all whip antennas are created equal. 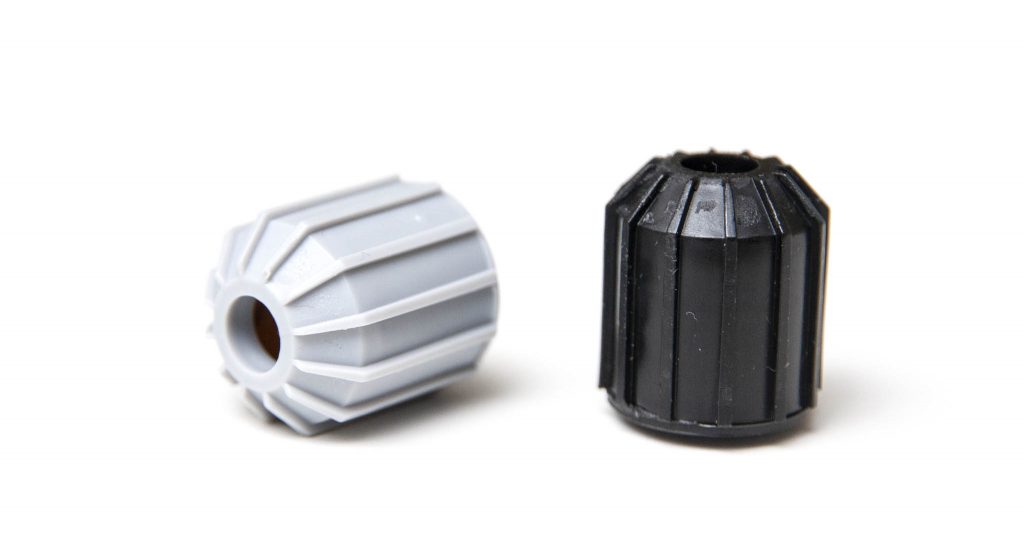 Each of the items in the kit appears to be decently made. Each cap has a ribbed case that makes it difficult to bend or crush. The whip antenna is pretty stock-standard. This antenna is not suitable for the highly strenuous conditions of being mounted on a quadcopter, though. The whip has a joint that will surely break in a crash and the antenna caps are likely to come off and be lost forever. But the kit will easily survive a trip in a backpack without needing a protective case.

One oversight in the design is that no markings are provided on the caps to tell you which is which. There isn’t even a card included. I only figured out for sure which was which by watching the product video. There’s a tendency in this industry for RHCP to have a darker color scheme and LHCP to have a lighter color scheme, but that’s certainly not a rule. A label of some kind would be a helpful improvement.

With an RHCP transmitter, a significant advantage could be seen when adding the RHCP cap onto the whip. Adding polarization should both reduce the loss and reject multipath bounces. The added polarization definitely improved the picture and could be usable at a longer range.

However, all of the dedicated RHCP antennas that I tried outperformed the Switchblade. It’s not surprising that using a specifically designed antenna element is simply more efficient than distorting the signal through the air. 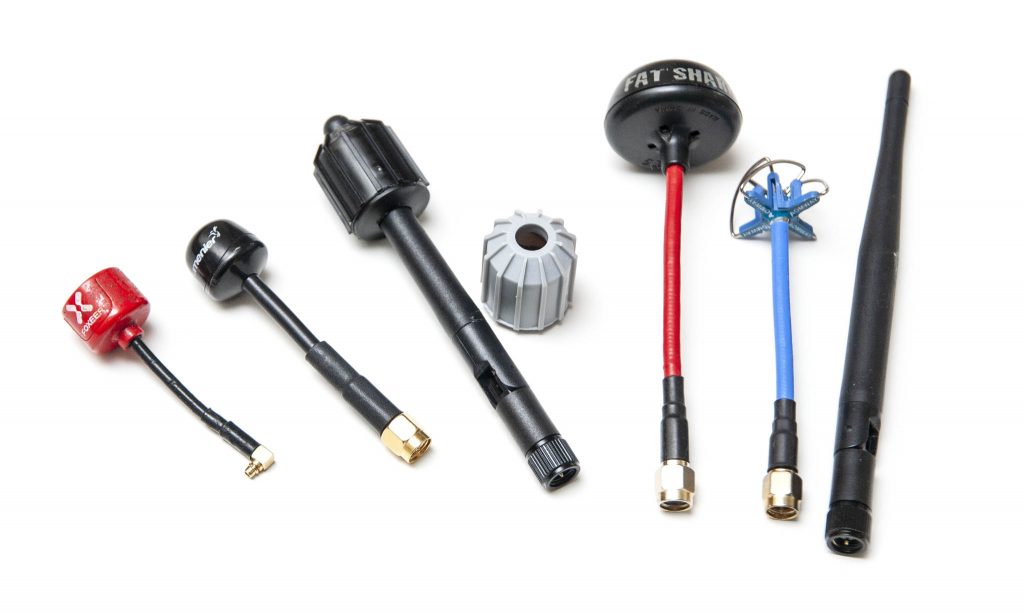 It’s really interesting to see a product like this, and on a technical level I have a great appreciation for being able to convert polarization without modifying the active elements. But any reasonably well-made dedicated circular polarized antenna such as the AXII 2 will outperform the Switchblade and many are durable enough to be mounted to a quad.

So if it’s not for performance nor durability, what is it for? Convenience and price, mostly. The VAS Switchblade gives you all three options in a small size and at a low price. Those just starting out might not want to invest in high quality antennas right away, and the Switchblade allows you to carry one kit to get all three useful types. Many micro quads use a linear antenna, so using the switchblade uncapped can be useful as well. It’s only $15 for this kit, but buying an LHCP, RHCP, and linear antennas separately could easily cost upwards of $50. It also allows you to reduce wear on your antenna connectors; the Switchblade caps just pull on and off freely.

Not everyone needs multiple polarization antenna options. If you fly alone, sticking to either RHCP or LHCP is common. Being able to switch back and forth requires a matching antenna on the transmitter side as well, and is only commonly done at race events to help keep pilots from interfering with each other. Linear transmitter antennas are really only found on micro quads where every gram counts.

Another great reason to use the Switchblade is if you don’t know what the transmitter’s polarization is and want to get the best picture quickly. This won’t be common on your own equipment, but you might be attending a drone race and trying to spectate. The Switchblade allows you to flip through the channels of each pilot and also flip polarization easily to match. Race organizers using DVR systems that should be updated for each pilot racing may be particularly interested.

For the price and the convenience, the VAS Switchblade is an interesting package that’s hard to beat if you need all three polarization options available and to be able to switch between them easily. GetFPV also has a wide selection of FPV antennas if you’re looking for higher performance or improved durability.