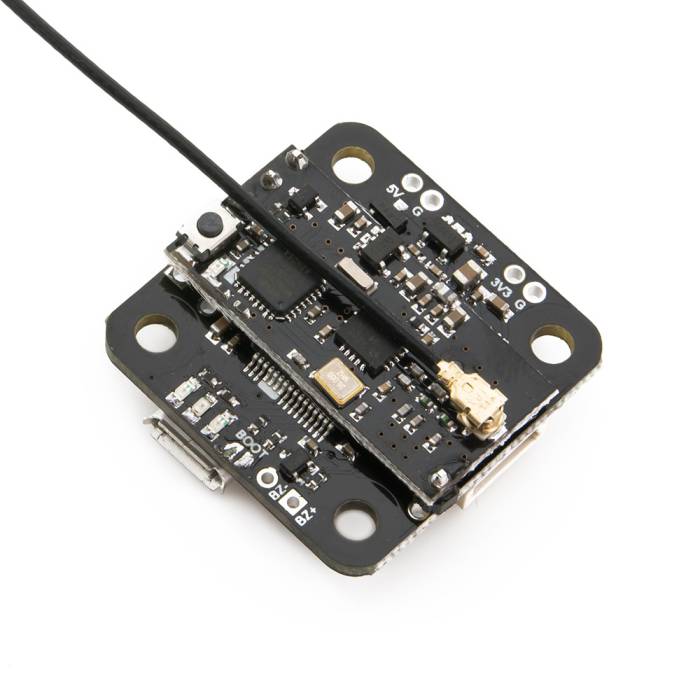 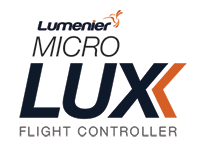 The Lumenier MICRO LUX F4 Flight Controller brings incredible power and performance to the micro brushless world. It uses a powerful F4 processor along with top of the line hardware. Now you can get all the performance from an F4 based flight controller in a micro size! This flight controller uses 20x20mm mounting holes and a low profile design allowing for smaller airframe designs than ever before. The MICRO LUX comes with BetaFlight pre-installed.

This combo version includes an 8CH SBUS FrSky compatible onboard receiver (D8 Mode). The receiver is pre-soldered to the FC using low profile pin headers combing for only 8mm of total height with both FC and RX.

The MICRO LUX is available as a stand-alone MICRO F4 Flight Controller or with an included 8CH SBUS FrSky compatible receiver. The MICRO LUX supports both SBUS and PPM inputs as well as DSM/DSMX receivers with both 5v and 3.3v support.

The MICRO LUX features a direct plug and play capability with the Lumenier Mini BLHeli_S 10A 4-in-1 OPTO ESC with a simple ESC signal wire jumper.  If you need more power, pair this flight controller with 2x of the Lumenier BLHeli_S 20A 2-in-1 OPTO ESCs (20x20mm).

We suggest the following gear to complete your micro brushless build. (Not included)