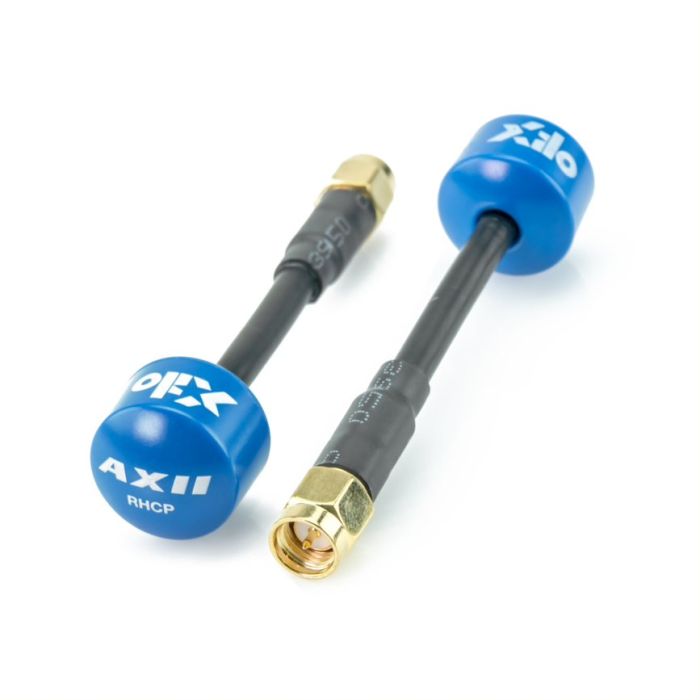 In collaboration with renowned FPV antenna designer Hugo of TrueRC brings you one of the best-performing FPV antennas in the world. The AXII antenna is an original design that features a new RF pathway technology (unique hybrid network) allowing it to be incredibly lightweight (7.6g) and smaller than a host of other 5.8GHz CP antennas.

Note: When installing, secure the antenna via the connector, do not twist the cap.