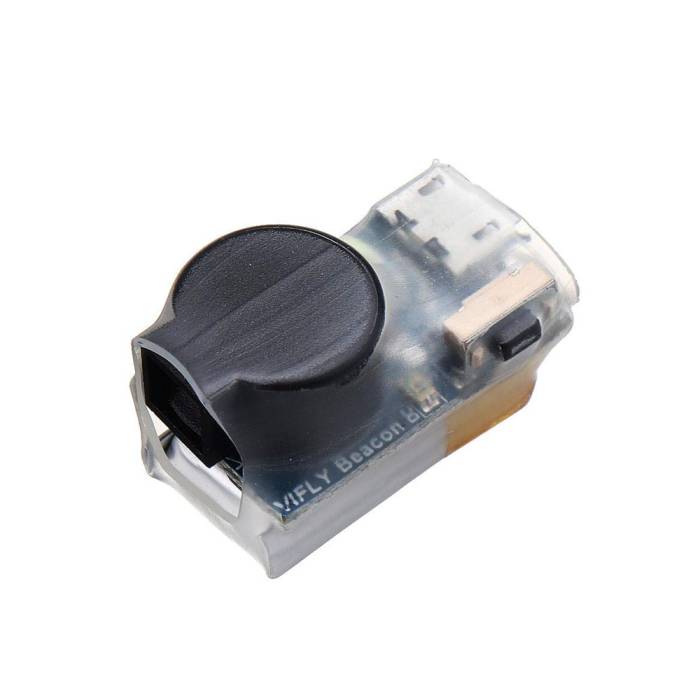 Buzzers are a great safeguard to add on any drone. This small investment can save you hundreds of dollars. The super loud alarm will alert you to where you lost your quad. Many drones have GPS attached that can help you get close, but an audible sound helps you precisely locate your downed drone.

The VIFLY Beacon adds additional features beyond just a simple buzzer when it detects a crash. The VIFLY Beacon is different from the VIFLY Finder V2 due to its ability to work wirelessly.

Some drones like DJI models are installed with GPS that only provide you the draft location, with the sound help, you can find your lost drone precisely. With the built-in motion sensor and lipo battery, VIFLY Beacon can detect the drone crash automatically and make the alarm to help you locate the lost drone.

The mechanism of VIFLY Beacon is based on the motion sensor, attach it anywhere on the drone to detect the movement, no wire, no soldering.

To easily find the lost drone in long distance, VIFLY Beacon is installed with a very loud beeper that the dB is over 100. In addition, the LED on VIFLY Beacon can flash automatically when the built-in light sensor detects the light darkness

If someone wants to take the done away when it is in alarm status, VIFLY Beacon will beep continuously to warn the picker.

VIFLY Beacon LED light can flash automatically at night to make the drone visible when the built-in light sensor detects the darkness. Weighs only 6 grams that almost no impact on your drone’s flight performance.