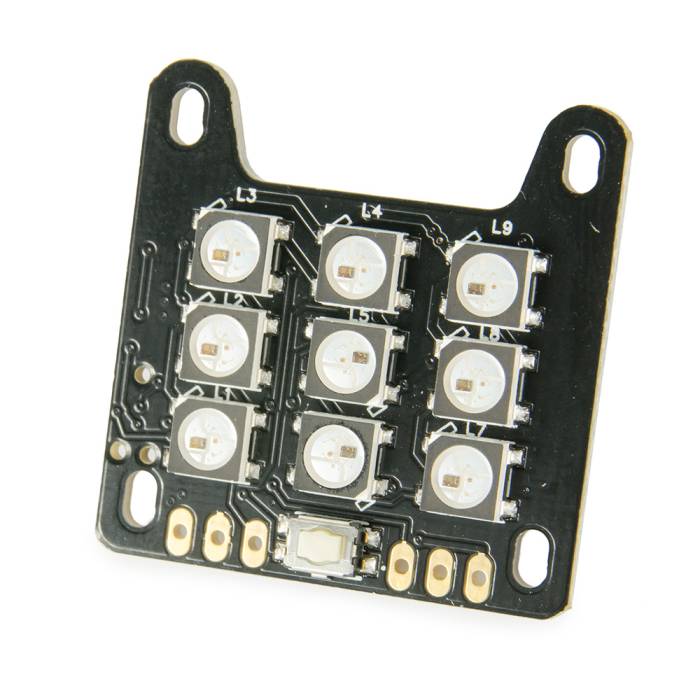 With drone racing becoming more and more popular, clear and consistent LED lighting solutions are becoming a requirement by most race organizers. The solution Lumenier has spent months on perfecting takes a holistic view to solving the LED lighting challenge that makes life easy for the pilot and builder, provides consistent and clear lighting for racing drones and race organizers, and assists the audience seeking to identify pilots during day and night racing and aerobatics events.

The Lumenier LED lighting solution is powered by this Multifunctional RGB LED Tail Light and system controller. Easily powered by 5v to 26v, the LED Tail board provides a simple push button to cycle through many solid color choices and pre-programmed patterns. The LED Tail board can provide power and control signals for additional Arm LED boards (not included), as well as additional LED boards that are daisy chained after the 4 supported Arm LED boards -- powering side LEDs, top LEDs, etc.

Note: The LED Tail Light Kit includes 2 pieces of heat shrink tubing. Install this tubing over your metal spacers where the LED board will attach itself via the zip ties. Otherwise the back of the LED board may short circuit on metal or carbon.