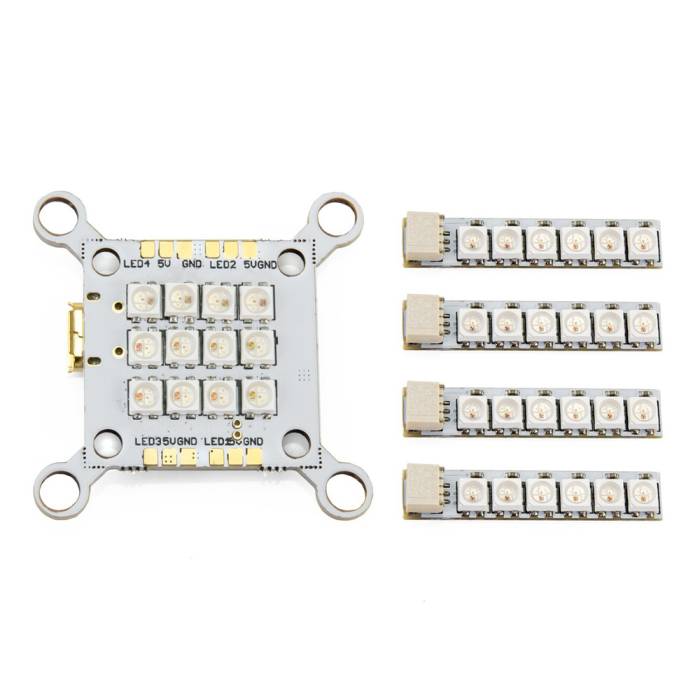 Save 5% when buying this LED bundle! Includes the Lumenier Tail Light + PDB along with 4 Digital RGB Arm 6 LED boards.

Note: Each order of Arm LEDs comes with 4 (four) LEDs, so ordering 2 would give a total of 8 Arm LEDs.

Lumenier's orignal RGB LED Tail Light was a step forward towards making LEDs more functional and accessible to the FPV consumer. This new LED Tail/PDB takes all the best parts of the original Tail Light and add even more features!

The Lumenier Multi-Mount RGB LED Tail Light + PDB gives you ultra-bright RGB LEDs as you would assume, but what makes it different than other simple LED boards?