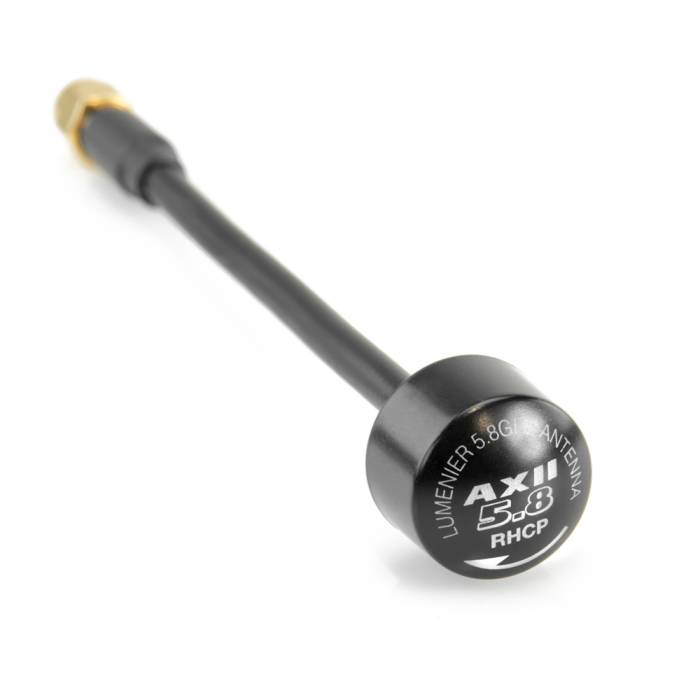 The Lumenier AXII 5.8GHz Antenna makes a giant leap forward in FPV antenna technology. Lumenier, in collaboration with renowned FPV antenna designer Hugo of TrueRC, brings you one of the smallest, lightest and best performing FPV antennas in the world. The AXII antenna is an original design that features a new RF pathway technology (unique hybrid network) allowing it to be incredibly lightweight (10.5g) and less than half the size of most other 5.8GHz CP antennas.

The Long Range AXII was made with the long-range pilot in mind. The extended length is useful on both drones and on goggles. On drones, the longer design gets the antenna element further from both electronics and the carbon fiber of the frame, which can cause interference. On goggles, a common signal blocker is actually your head, most noticeable when you are flying behind yourself. This antenna gives plenty of clearance to get the antenna out and above your headspace, giving you 100% pure AXII signal!