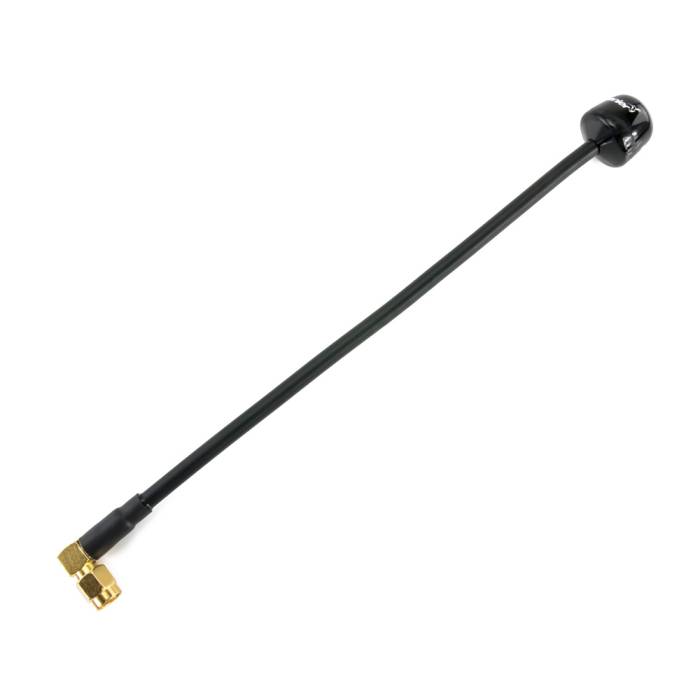 Lumenier AXII 2 Long Range Right-Angle 5.8GHz Antenna (RHCP)
The AXII 2 takes the best parts of the original AXII antenna and makes them even better. Improved range, bandwidth, and durability make the AXII 2 a true successor to the throne.

Antennas take a lot of abuse, especially when put onto a quad. The AXII 2's robust antenna housing is made out of a new injected molded polycarbonate, and ultra-sonically welded shut. This has significantly improved the durability of the AXII housing. The 160mm long semi-rigid RG402 cable allows for 90 degrees or more of freedom. The SMA connection is reinforced with a metal collar crimped to the base for extra support.