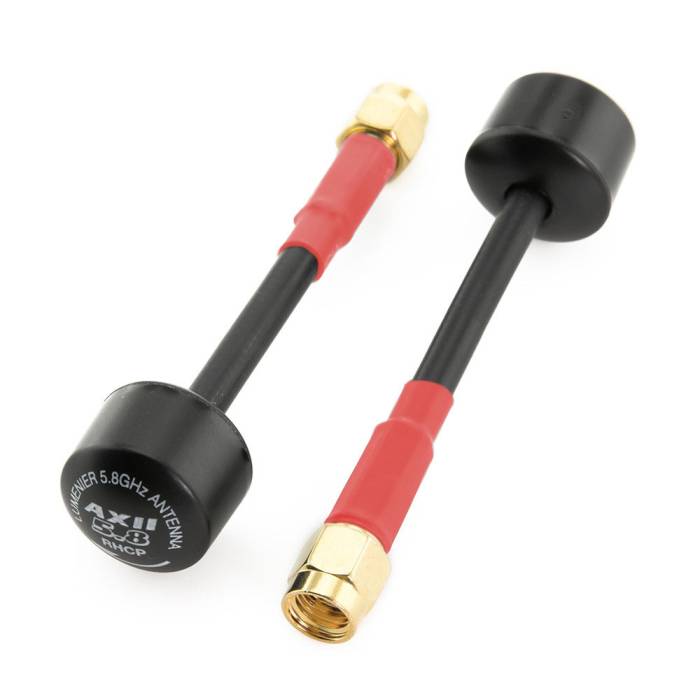 The AXII is designed to be ultra durable and put up with the beatings FPV pilots put on their antennas. The cable is a semi-rigid, black coated RG402 cable and 45mm long, allowing for 90 degrees or more of freedom. The RPSMA connection is reinforced with a metal collar crimped to the base for extra support. The outer shell case is made from an impact resistant polycarbonate material, and it is sealed shut to guard the antenna elements inside. Note: When installing, secure the antenna via the RPSMA connector, do not twist the cap.