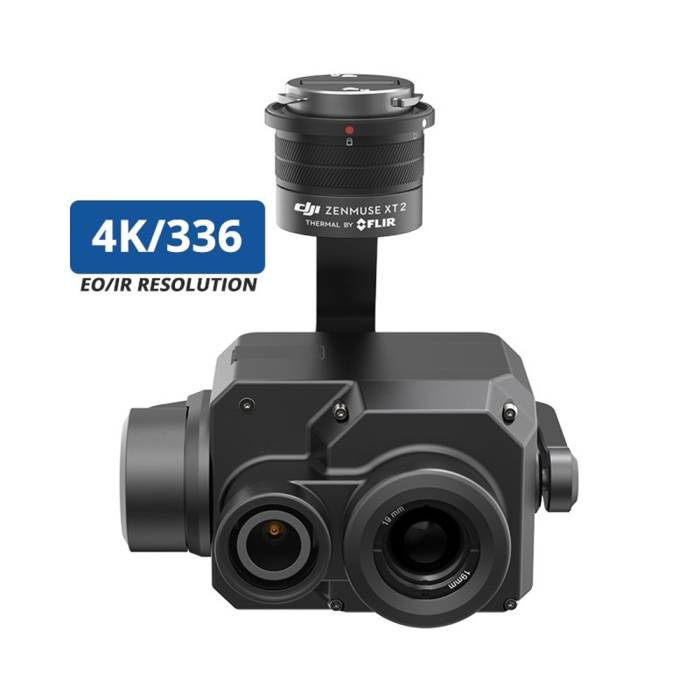 Made to Order. Expect %days% days to ship.

Announced in March 2018, the Zenmuse XT2 R is a ground-breaking drone camera with innovative thermal imaging features. It is based on the first Zenmuse XT which was first revealed three years prior.

What makes the Zenmuse XT2 R different from its predecessor is it combines the power of thermal and visual sensors. This means you can easily switch from thermal or standard footage capturing in less time. The visual sensor is rated at 12 MP 1/1.7" CMOS while the thermal sensor is a Tau 2 Thermal core <50 MK @ f/1.0 with a maximum frame rate of 30Hz.

The dual sensor set-up of the Zenmuse XT2 R is just the tip of the iceberg. DJI partnered with FLIR to achieve a flawless EO/IR gimbal. This partnership also led to the integration of FLIR Multi-Spectral Dynamic Imaging (MSX) technology into the camera. This feature allows you to get more detail on your thermal footage as it overlays the visual image on top of it.

On top of the dual sensor set-up and FLIR MSX technology, DJI made the Zenmuse XT2 R water and dust resistance (IP33 rating) so you can fly more and worry less.