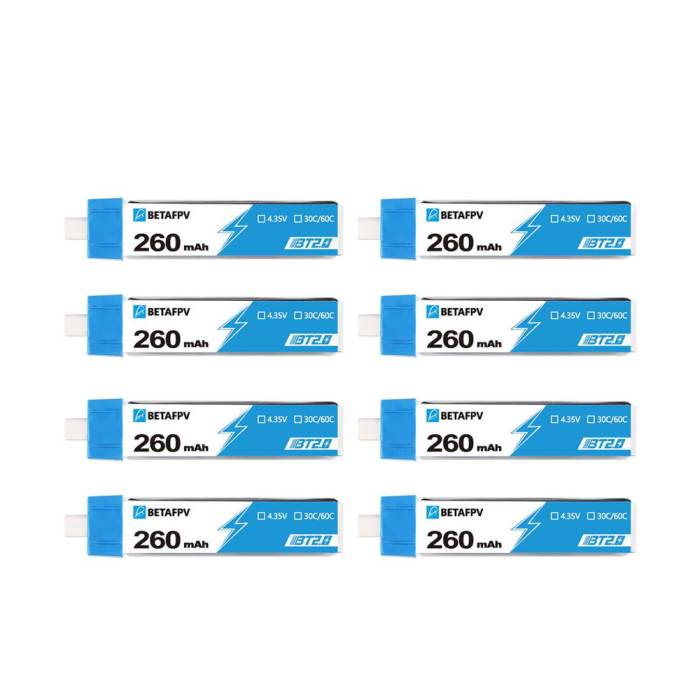 Notify me when this product is in stock
BETAFPV BT2.0 260mAh 1S 30C Battery (8pcs)
This battery comes with the BT2.0 Connector - the most significant revolution in the 1S tiny whoop drones!

This battery comes with the BT2.0 Connector - the most significant revolution in the 1S tiny whoop drones!

The BETAFPV 260mAh 1S is the first battery with a BT2.0 connector in the current market. The battery dimensions were made slightly smaller than previous batteries, like the BT2.0 300mAh battery, so this battery only weights 7.16g! Now you can enjoy a smoother flight experience!

Great battery for the 1S whoop drones,  like the Meteor65. 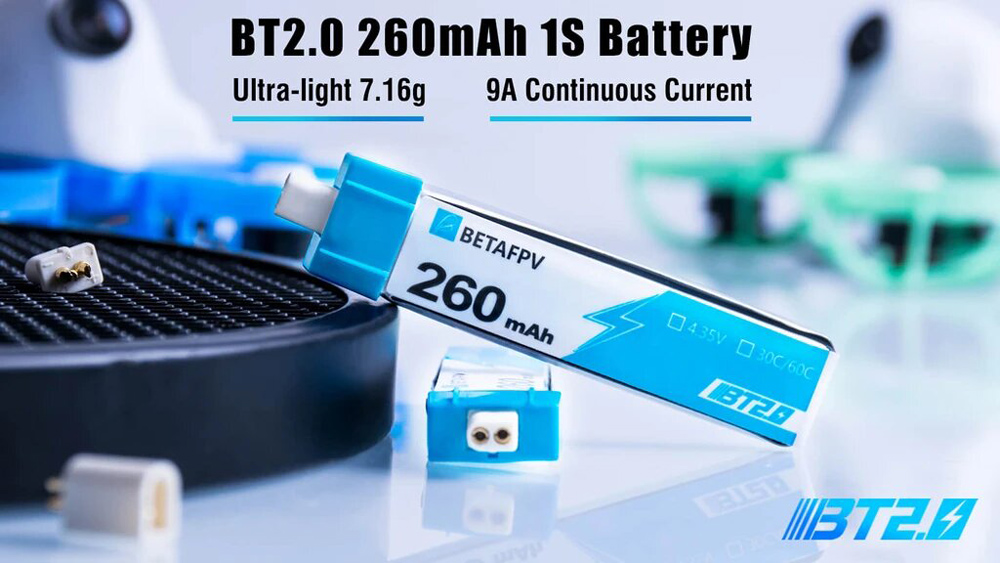 There is a graph of comparison between BT2.0 connector and PH2.0 connector (solid pins version) in BETAFPV 1S 260mAh battery. The discharge current is 9A in this testing. You could see that it has longer discharge time and improvement in voltage sag with BT2.0 connector, which brings better flight performance.

Since February 2019, BETAFPV got some feedback on Facebook about how eager they need the high quality of solid pins connector on 1S whoop drone, so BETAFPV started a long-term investigation on the design of the solid pins and the stable manufacturing technique to meet pilots' demand.

Best Way to Replace Your PH2.0 to BT2.0 Connector