Crashing is as big a part of FPV as flying and building, if not bigger. Each crash leads to improvement, and the bettering of your skills.  As Mark Twain said, “Name the greatest of all inventors.  Accident.”  To improve, you have to push your limit, try new tricks, and attempt to get even cooler and more risky shots.  As you push your limits, you will inevitably crash.  Although crashing and breaking gear can be a setback, there are good practices that can help you to avoid causing excessive damage and danger while crashing. 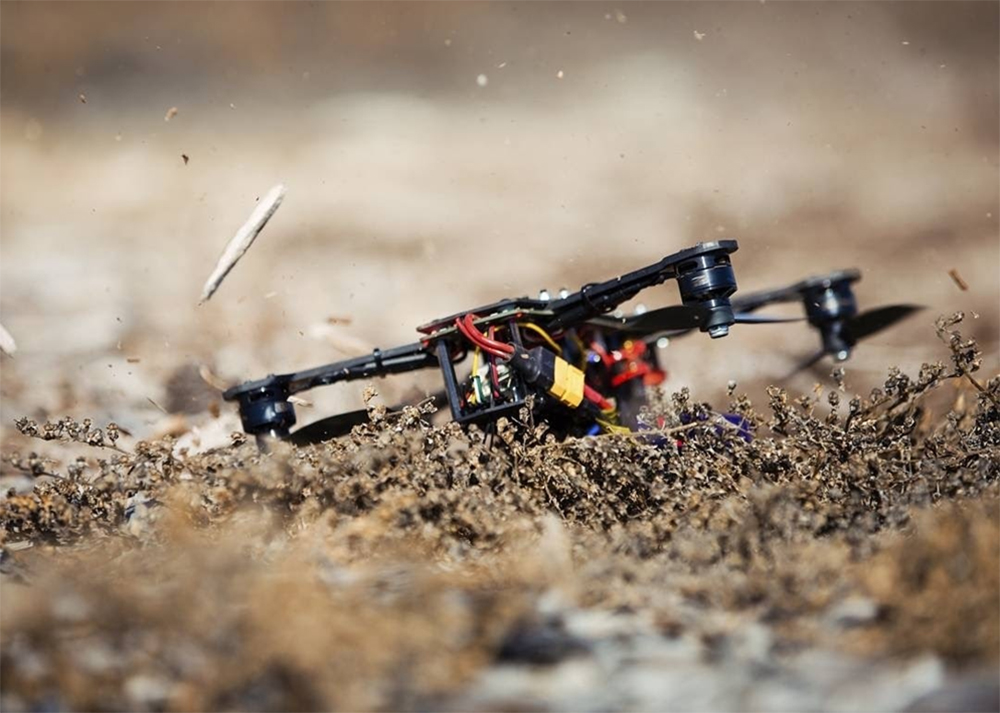 Here is a link to a great video by JRIP FPV showing some of his crashes.

An important part of crashing safely is knowing when to disarm.  Disarm too early and your quad could be falling from 20+ feet, which can be hazardous to people, property, and the quad itself.  Disarm too late and you could burn out your motors, ESC’s, and cause other damage to your quad. This skill does not take too long to master, and will help you greatly in the long run.

When over concrete, asphalt, or other hard, unforgiving surfaces, typically it’s better to disarm later rather than sooner.  If you wait to disarm after say, hitting a tree, or a lamp post, you have a chance of saving your quad if you disarm later. If you are over grass however, it is typically safe to disarm sooner, as the grass will cushion your quad and reduce the chance of anything breaking.

Near people, always disarm sooner rather than later.  It is bad enough if you hit someone with a quad, but even worse when that quad has a propeller spinning at thousands of rotations per minute. But in most circumstances (there are some exceptions, such as a Cinewhoop) you should not be flying near people anyway.

How to Avoid Crashes

Not all crashes have to happen. Sometimes, a crash is easily avoidable.  One primary way to avoid crashes is to ensure that your gear is reliable. Inspect your solder joints, make sure all connectors are pushed in tight, clean your camera lens, tighten down your screws, etc.  Test your gear at first with more mild flying.  Make sure everything works.  Better to replace a single faulty component now then have that faulty component cause more damage down the line. 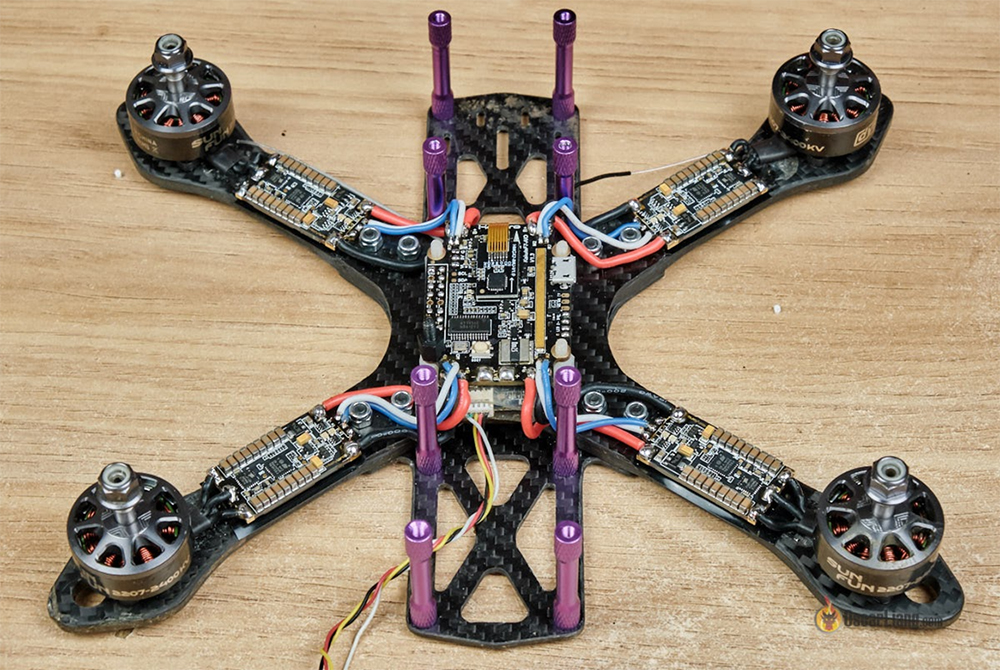 Know your boundaries.  It’s not bad to push your limits, it’s encouraged, but it’s not good to try things way beyond them.  Don’t attempt an inverted yaw spin on day one.  As in many other things, you have to build up your skills slowly, not all at once.  Don’t move on to advanced tricks until you are comfortable doing simple ones. Take your time.

A failsafe is when your quad performs an action as a result of a loss of transmission between the receiver on your quad and your transmitter. As you fly longer distances, your risk of failsafing goes up.  Additionally, the gear that you use has an impact on the likelihood that you will have a failsafe.

The main protocols used for radio control with FPV drones in the United States are 2.4GHz and 900MHz.  The common companies providing 2.4GHz control links are FrSky, FlySky, Futaba, and Spektrum.  900MHz almost always will get you farther range and better penetration than 2.4GHz.  The primary companies providing 900mhz control links are TBS, with their Crossfire system, and FrSky with their R9 system. 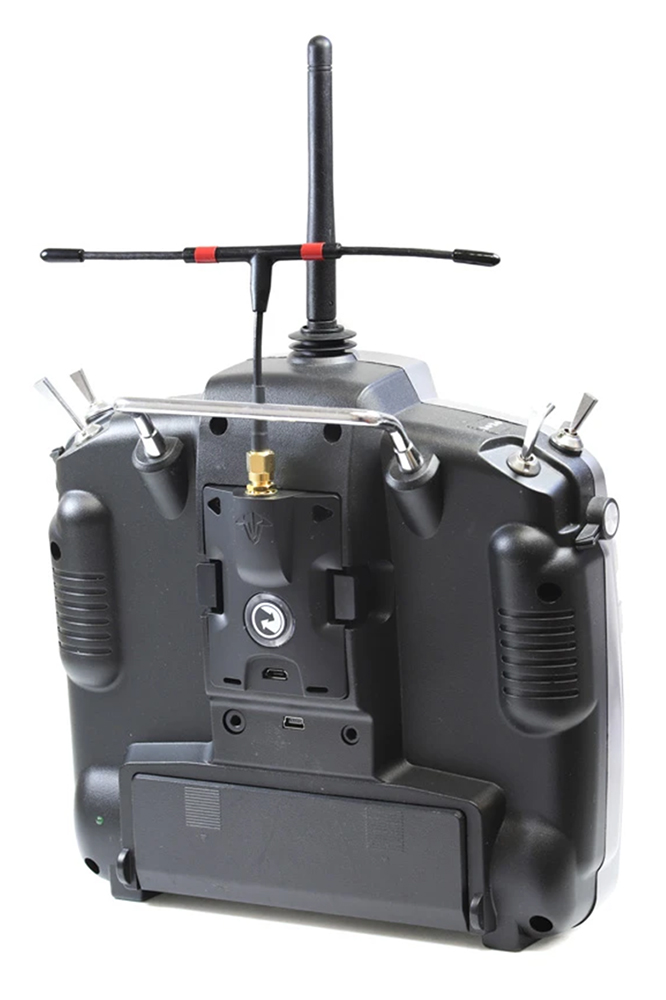 To reduce your chance of a failsafe, it is best to use the TBS Crossfire or R9 systems.  Crossfire is generally seen as a superior system to R9, although it is more expensive.  There are three different Crossfire modules, the Micro, the Lite, and the Full size.  The Lite and the Full size allow 2 Watts of output power, which gives you more range than the 250mW that the micro outputs.

Antenna positioning is also important to reduce the chance of a failsafe.  The best antenna positioning with crossfire for maximum coverage is to have your TBS Immortal-T mounted vertically in the front of your quad, and your transmitter antenna mounted in the same vertical orientation.  You can improve your Crossfire range even further by using the TBS diversity RX, which allows you to use 2 antennas instead of one on your quad. 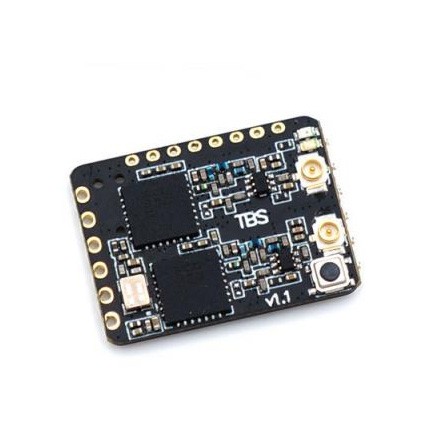