In every drone racing track, there are a number of the different moves the pilot has to do going from gate to gate, flag to flag, in order to finish a lap. To beginners, this may look like just going through gates randomly, but when the track is broken down, there are actually many simple elements combined to create a giant course. Captain Vanover has said in this video that by just practicing elements separately, you can become a much faster racer. No more excuses for the people that only have a few gates! 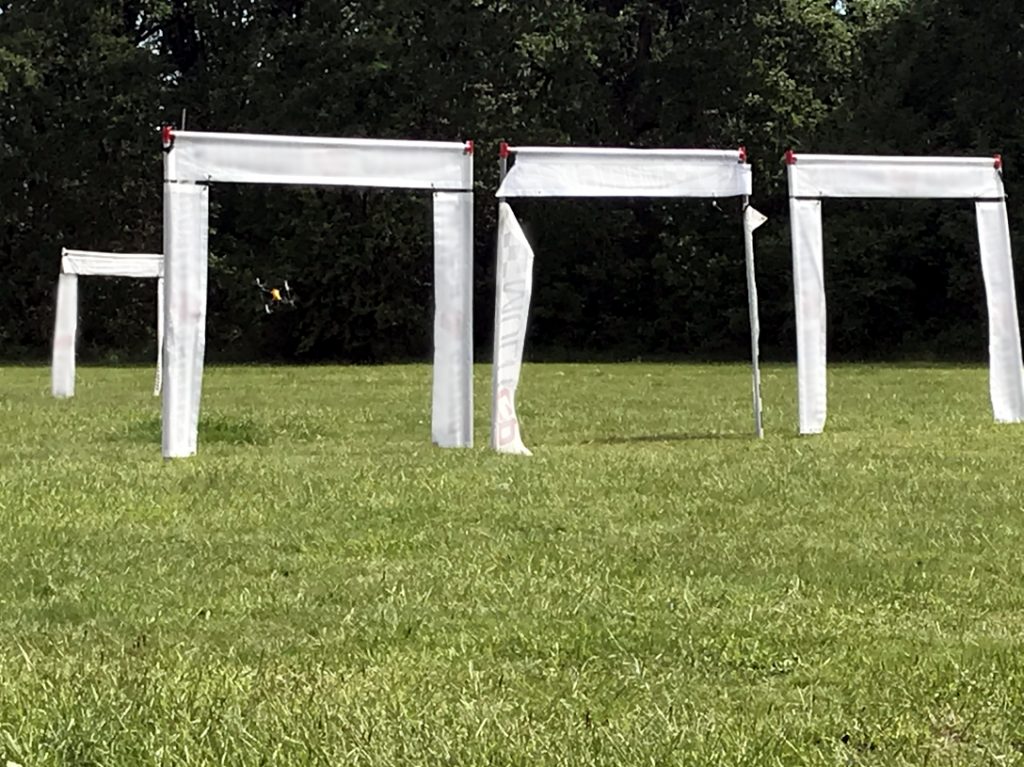 In this article, I will cover the most common elements in drone racing, from the easiest to the more difficult elements, showing you how to set them up and how to fly them. These include:

Most of these need 2 or fewer gates to set up, and some of the more complex elements are just these elements added together.

Some tips to flying through a gate are to have a little bit of camera angle and to practice staying low first without a gate on an open field. Once you have a good feel for altitude control, set up the gate, line-up the gate in your FPV feed, pitch forward and try to go through it. 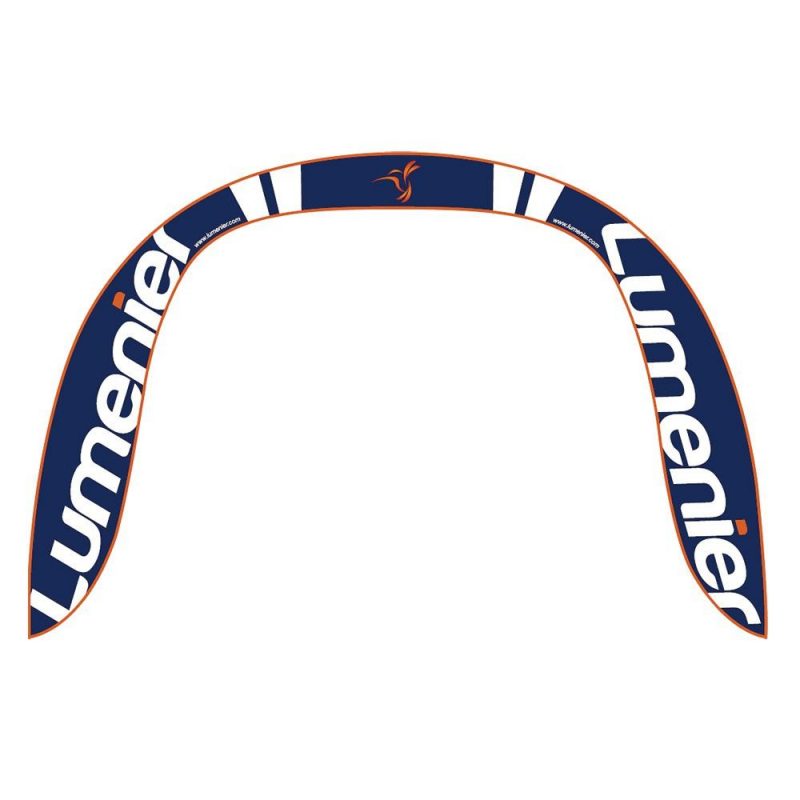 This element is just like what the title suggests and only requires two gates or one flag. Setup is really easy and you just place the gates right by each other or one flag in an open field. You could also use natural elements such as a tree or light post. If you are using gates, the distance between the gates is up to you. The farther the gates, the less jerky movement you will need to make.

Flying the element is easy as long as you can go through gates and do basic turns. The hard part is doing it fast and not overshooting. A tip is to start turning right before entering the first gate. This will allow you to flow directly into the second gate. Start slowly until you can go through the turn without overshooting and then try to put more throttle and go faster. On a wide 180 turn, put less roll in the turn and try to hold the stick steady throughout the whole turn. Be sure to practice turning both ways, as you want to be comfortable turning left and right.

If you are using a flag or a pole, try to keep your turn as close to the flag as possible. If you want to emulate gates, try to maintain a constant low altitude as well. Just like the turn with gates, practice both sides, and start slow. 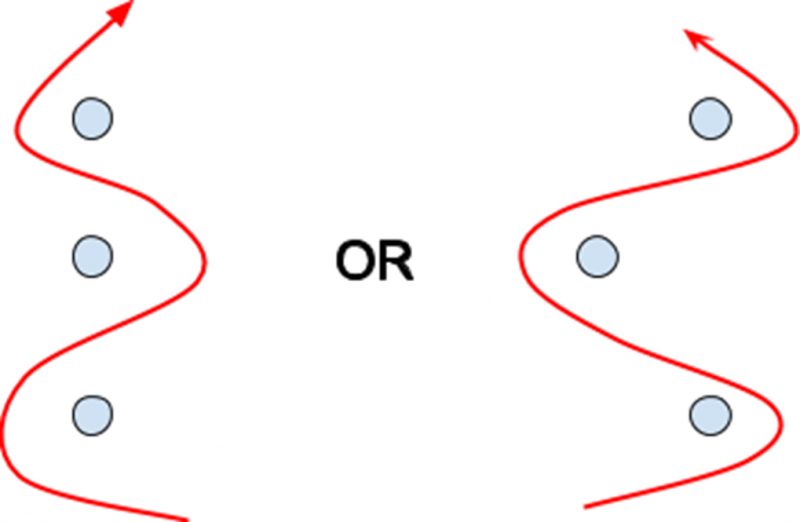 When flying the slaloms, one tip is to make sure you can see the next flag/gate at all times. You should also turn before you reach the current flag so you can already be lined up for the next flag as you pass the current flag or gate. If the element is a gate slalom or a straight flag slalom, try to use as less yaw as possible since it will keep you in line with the next flag. Try practicing this element slowly and gain speed as you get more comfortable with it.

The split-s is one of the most, if not the most common “3D” elements in drone racing. (there is an altitude change) Setup is really easy and only requires one gate. However, if you have a double gate, or two flags along and a gate, it will make the split-s harder and prepare you better for races.

If you only have one gate just set it up in the field where there is enough space on both sides of the gate. This is the same as the double gate. If you have 2 flags along with a gate, set one flag on each side of the gate. 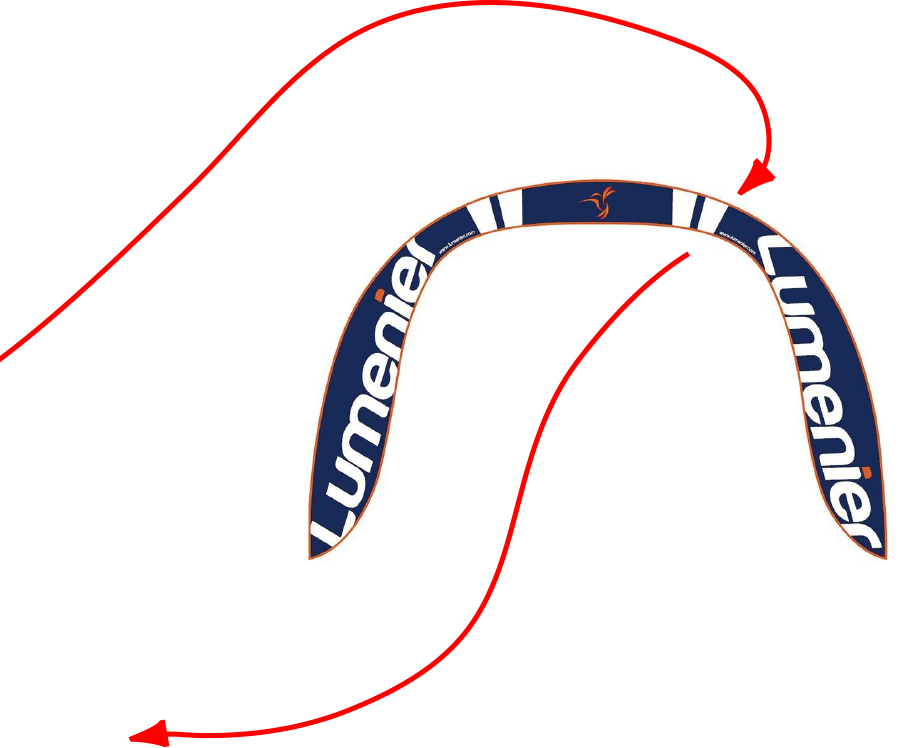 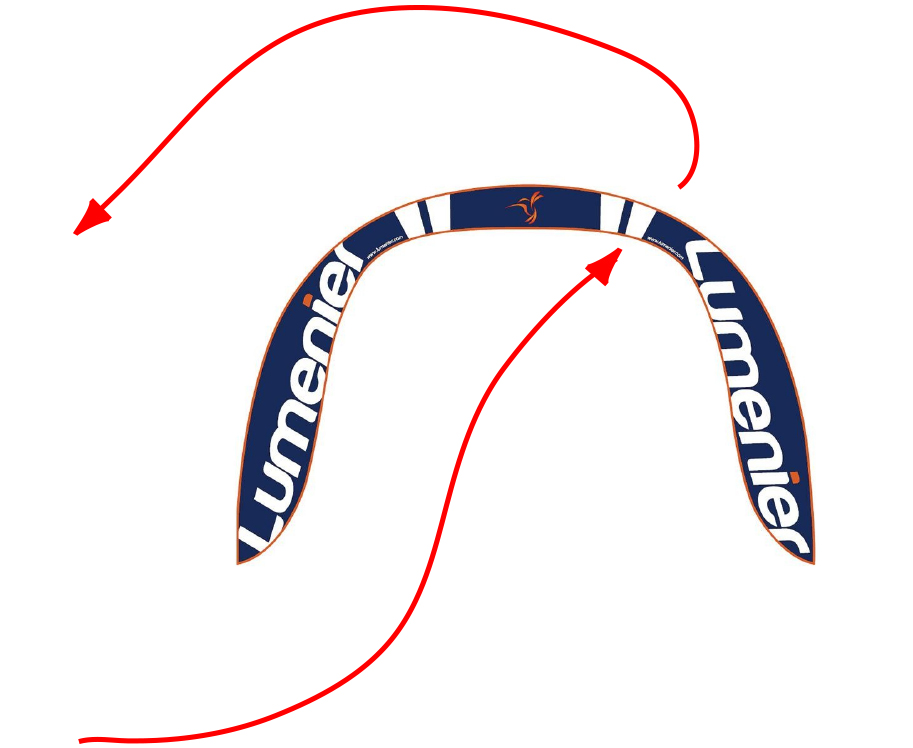 Setup of the corkscrew is just like the 180-turns with gates, except this time, instead of going different directions through each gate, you are going the same direction through both gates. If you have multiple gates, you can set up more corkscrews by adding gates to one side of the first corkscrew.

One mistake people make when flying this element is doing the actual power loop and then trying to align for the next gate. Although this does work for the element, it is very easy to not go backward enough, or overshoot the second gate by too much which then takes a long time to correct. Here is a video on Velocidrone that shows you how to fly a corkscrew.

You will need at least gates for this element. 2 gates might be possible, but practicing with two gates will not have the same effect as having 3 or more gates. To set up, put the gates in an arc shape like the photo below. The degree of turn is up to you, but a sharper turn is harder. 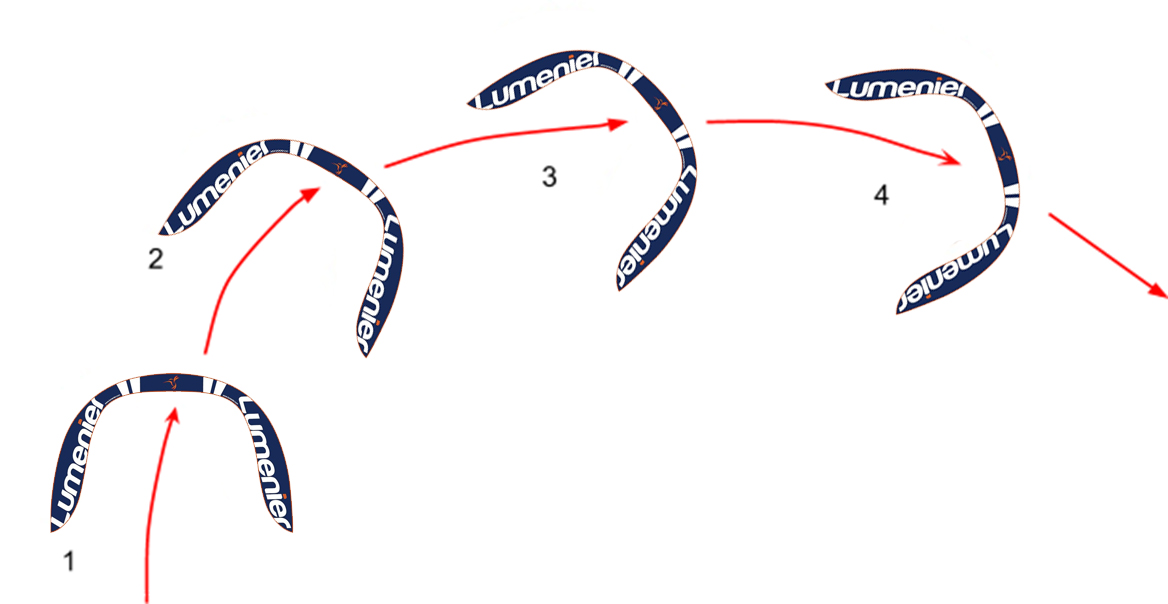 Flying the carousel may seem simple, but it is quite hard. I would recommend trying to do straights and gate slaloms first before attempting a carousel. While in the carousel try to hold the roll at a constant point so the quad flows through it smoothly. This is one of the hardest elements, in my opinion, so do not be afraid to crash. Finally, just like any other obstacle, practice both sides because they will both show up sometime in your racing career.

Ladders were made popular in 2018 during the MultiGP Sebring Event. To set up this element, you will need a double-stack gate, or a gate and a flag. If you have a double stack gate, just set it up and you are set. This is what most ladders will look like. If you have a gate and flag combo, put the flag next to the gate. You can practice the element with flag and gate combo, but ladders have a double stack gate. 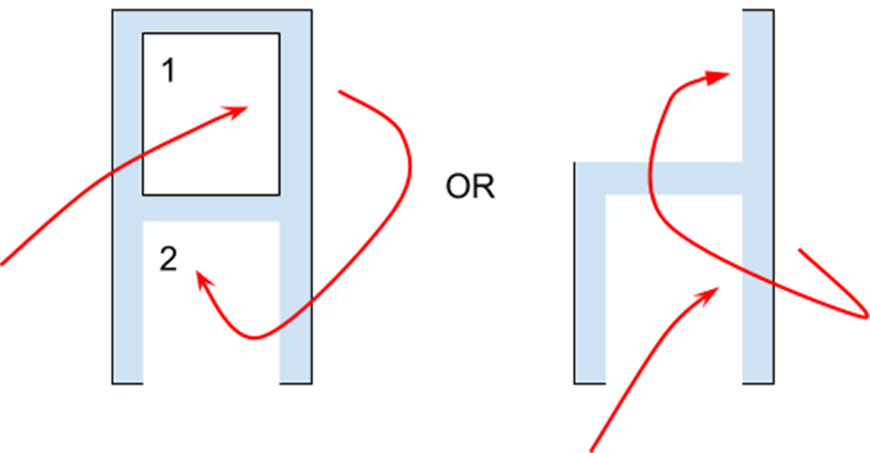 To fly the element, you go through one of the gates and then circle around and go through the other gate in the same direction. You should be holding the roll and yaw at the same point throughout the whole turn. Start slow and steady in order to not overshoot the turns causing you to lose time. Captain Vanover has made an amazing video on how to take the ladders.

Be sure to practice the ladder turning both left and right, and also going up and down. This ensures you are ready for any type of ladder thrown at you. Also, you can make the ladder taller. Some races have had ladders up to 4 gates tall!

There are different ways you can set up the hurdle. You can directly buy a hurdle from MultiGP (here), build one from PVC, or just use a gate as a hurdle. If you are using an actual hurdle, place two gates in a line with the hurdle in the middle. If using three gates, just place the three gates in a row. Keep in mind, the farther apart the gate is from the hurdle, the easier it is.

To fly this element you go through the first gate, go over the hurdle, and drop into the second gate. However, this is easier said than done. You have to play with gravity here so the drop into the second is the gate is hard. Some tips include starting to throttle up as you are getting through the first gate, and cutting just as you reach the hurdle to allow time to drop downward. Be sure the reach the highest point before the hurdle so you can spend the time after the hurdle dropping into the gate.

This element takes tons of practice, and you will crash a lot, so be prepared.

Most of these elements require only a few gates to practice, and by practicing these elements separately, you will get faster when these elements are connected in a full track. If you do not have gates, you can practice on the sim. Not only will you break less components, you will get tons of stick time as well. I recommend Velocidrone (read my review here) since it is the most realistic. There are also levels on Velocidrone taking you from the simplest tracks to the harder ones. No more excuses, no go out, practice, and most importantly, have fun!