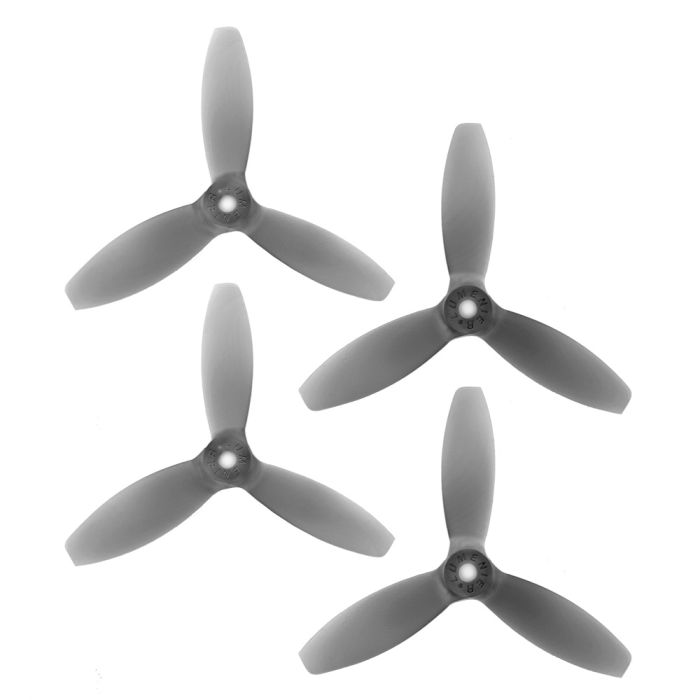 This is the new Version 2 of the popular Lumenier 4x4x3 propeller. This new version has greatly improved the durability of the propeller by using a crash resistant polycarbonate material. This allows the propellers to resist breaking in a crash or prop strike. Now you can clip a gate or a tree branch and keep flying! The new V2 series also feature semi-transparant colors for a cool look.

Lumenier prop design starts from the ground up, considering flight speed, blade RPM and other factors to optimize each profile. Leveraging a proprietary algorithm, each prop has a unique airfoil and blade design, rather than using the same blade and duplicating them on double, triple or quad-bladed props. This leads to subtle, yet important, performance improvements that can mean the difference between a win or a DNF on race day.

Lumenier V2 props are made of ultra durable polycarbonate material.